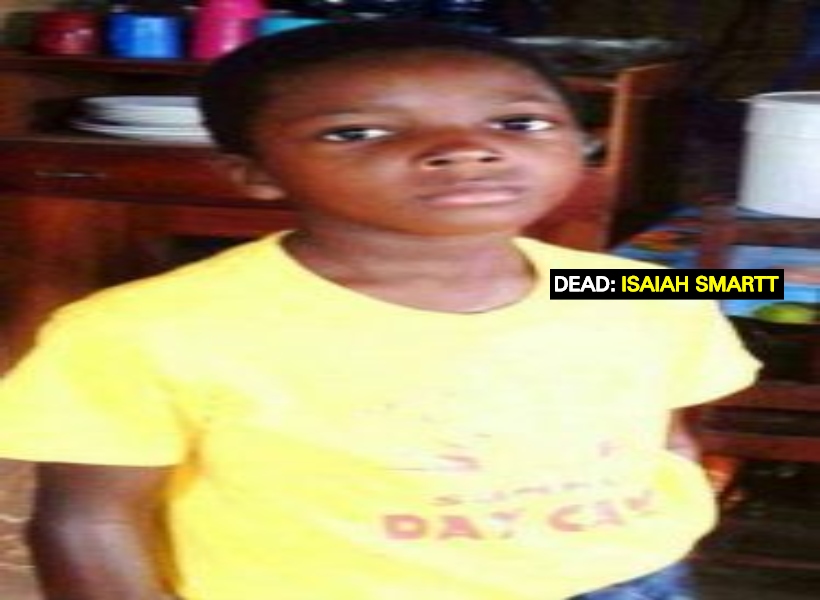 Detectives are gearing to reopen an investigation into the death of eight-year-old Isaiah Smartt. In June 2017, Smartt’s lifeless body was pulled from a shallow drain in a spiritualist’s backyard in ‘E’ Field, Sophia.

The spiritualist lived next door to the little boy and his family. When the gruesome discovery was made, the woman was detained for 72 hours but was later released.

This morning, a police source indicated that the case will be reopened and possible suspects will be questioned. “We are hoping to bring back the prime suspect (spiritualist) and some other persons who were in the area at the time for questioning.”

The Guyana Standard has been informed that two close family members of Smartt will also be called in for questioning.

It is unclear what new evidence cops have received to reopen the case since it was put on hold for lack of evidence. But a source who is familiar with the matter said that investigators are convinced they have their eyes on the right person.

When Smartt’s body was found, it was assumed that he had drowned. But a post-mortem that was subsequently performed on the lad revealed that he died from asphyxiation due to broncho aspiration, compounded by compression injuries to the neck.

The little boy was left in the care of his sister and another relative when he went missing. They had claimed that the boy left to go by his father in another village and only started looking for him after the child’s father called a day later to inquire about him. Smartt’s body was subsequently discovered in a shallow drain in the spiritualist’s backyard. Investigators had found it strange that the woman claimed that she did not see the body, which was next to her back door.

There are three houses in the yard—the spiritualist’s family lives in the front house, the middle and back houses are abandoned. The Spiritualist is said to spend most of her time in the back house where the little boy’s body was found. Residents in the area had indicated that the woman carries out her rituals in the same house. The night Smartt disappeared, neighbours claimed that the woman lit a lot of candles and was heard praying and chanting loud.

The little boy’s mother, Joycelyn Pickett seemed convinced that the spiritualist is responsible for her son’s death. The grieving mother is hoping that the case can now be solved and the perpetrator(s) brought to justice.