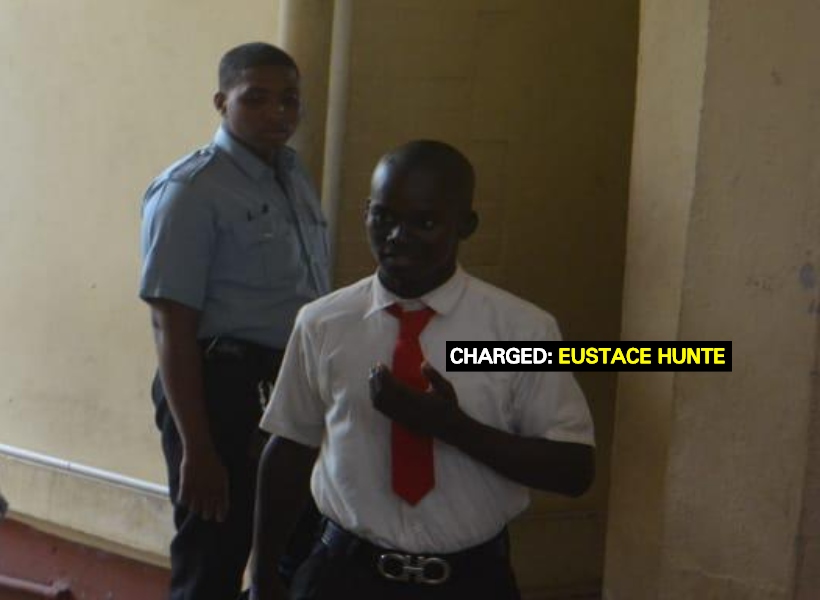 A member of the Felix Austin Police College, who the court heard has a long rap sheet of unprofessional behaviour and stealing from his colleagues, was this morning charged.

Dressed in his uniformed, 18-year-old Eustace Hunte was escorted to Chief Magistrate Ann McLennan’s courtroom where two charges were read to him.

The first charge alleged that on July 22, 2018 at Felix Austin Police College, while being entrusted with one laptop worth $150,000, property of Shamar Glasgow, he fraudulently converted same to his own use and benefit.

It was further alleged that between July 20 and July 21, 2018, at Felix Austin Police College, he stole a cologne worth $4,000, property of Devon Griffith.

Hunte pleaded not guilty to both charges after they were read to him by the Magistrate.

When asked by the Chief Magistrate why the young recruit is being charged instead of the matter being dealt with internally, the prosecutor was unable to answer.

However, the investigating rank who was in court stood before the Magistrate and stated that the GPF is trying to make the teen an example because they have numerous complains from the training college about his behaviour.

The officer added that the file was sent for advise from the Director of Public Prosecution (DPP), hence charges were recommended.

Police Prosecutor, Dinero Jones had no objection to bail being granted to the defendant but asked that he be warned.

The Magistrate, after listening to both sides, released the defendant on his own recognizance (self bail).

He was instructed to make his next court appearance on October 19, 2018 for commencement of the trial.