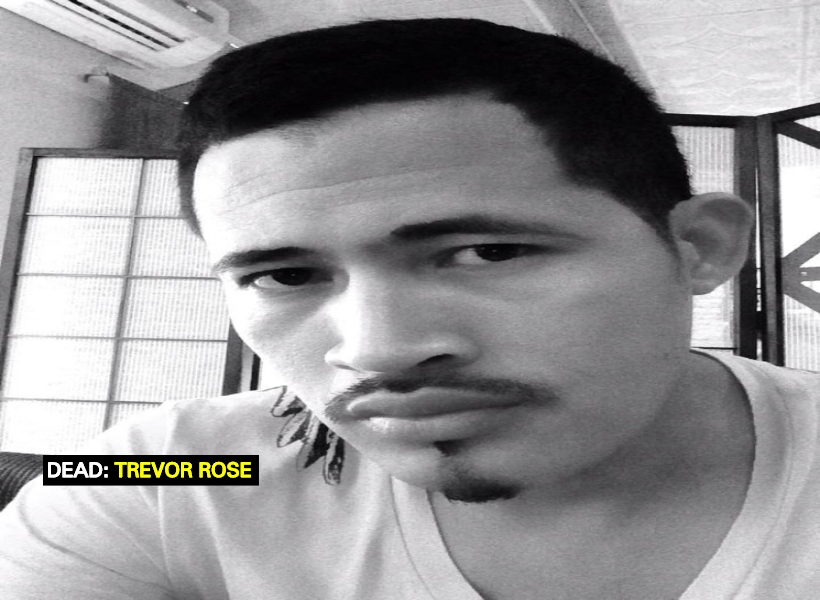 Lillian Browne, the mother of prominent designer, Trevor Rose who was brutally gunned down on the morning of January 26, 2014 at Eccles, East Bank Demerara (EBD), has put an end to her four year battle for justice.

Browne is convinced that no matter who takes the helm of the Guyana Police Force (GPF), her son’s murder will not be solved. This has caused the heartbroken woman to pack her bags and leave the country.

She migrated to the United States of America early this year and is now living with her daughter. A close relative of Browne said she will not be returning home as Guyana holds too many sad memories of her son. She describes Guyana now as the “playfield” of her son’s killer(s).

The Guyana Standard has been informed that the individual(s) who wanted Rose dead is a prominent person with a lot of “connections.” The motive for the fashion designer’s death is reportedly linked to an affair he had with an older woman.

Browne had previously stated that she met with some of the top ranking officers of the force who all promised to solve the murder, but to date, nothing of that sort has been done.

“When I met with some of the officers, they basically told me they know who killed Trevor…They have an idea who the suspect is but they need eyewitnesses and evidence to link him (the shooter) to the crime,” the woman had indicated.

She added that through the grapevine, she was informed that key information and evidence are missing from her son’s file which could identify his killer. For one, a police source confirmed that a gun that was found at the scene when Rose was slain, is missing.

Moments after Rose was killed, the police had issued a press release stating that a 9mm. pistol with 19 matching rounds was recovered. It is believed that the gunman might have dropped the weapon after killing the fashion designer.

The father of eight was fatally shot on the East Bank Demerara Public Road, at Eccles, while travelling in a taxi with Latoya Towler. She is the mother of one of his children.

Towler was also shot to the buttocks. The taxi driver who was transporting the duo, sustained a gunshot wound to his left shoulder. The police believe that the driver and Towler were struck by stray bullets.