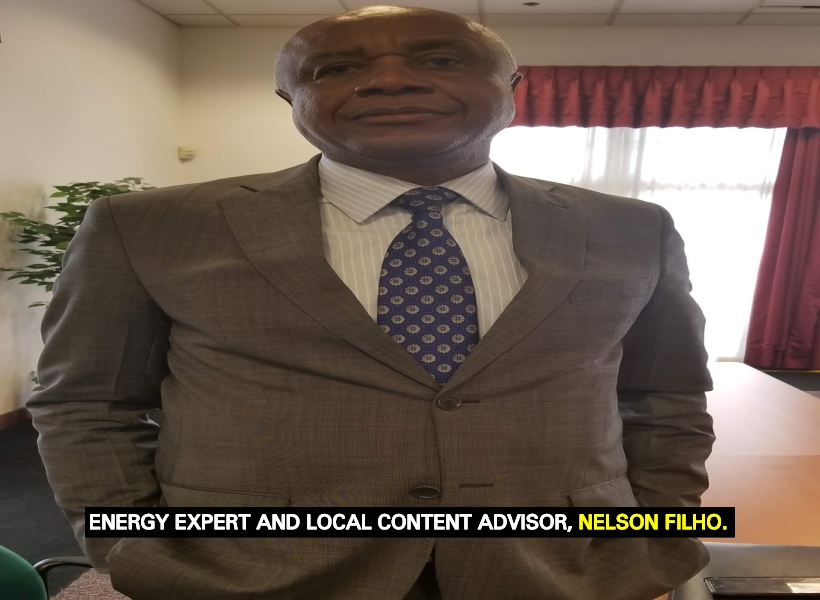 “Guyana needs to refine its petroleum laws and legal framework or else it will be cursed for good. I can’t say that I am aware of any nation that I have worked in which has been this slow to reform its laws. And right now, I can tell you, the authorities are playing with hot water.”

Making this point to the Guyana Standard was Energy Expert and Local Content Advisor, Nelson Filho.

The Brazilian, who has more than 35 years invested in the oil and gas industry and has worked with more than 25 oil producing nations, said that the Government of Guyana has a unique opportunity to do better than its counterparts. He emphasized that in principle, refining the oil laws ought to be easier for Guyana since the opportunity exists to integrate into its laws, the experience of established producers such as Nigeria and Angola. He said that these two nations, in particular, are considered to have made “some of the biggest mistakes in this respect.”

Filho said, “Harmonisation of regional standards, policies, legal framework, and regulations; the promotion of cross-border public-private partnerships and collaborative sustainability efforts, are other important components of petroleum law and policy which the government must begin to address this year.”

Further to this, Filho said that it will be imperative for Guyana to strengthen its environmental legislation – especially the Environmental Impact Assessment Requirements (EIAs). In this regard, the Energy Expert said, “As the discovery and commercial development of new sources becomes increasingly challenging, the right balance of biodiversity, environmental health and safety also needs to be made. So, it will be necessary for the Guyana Government to update its EIA requirements. The industry is always changing and the lessons from around the world, lessons on how countries made mistakes in monitoring EIAs, that also has to be incorporated into an improved EIA.”

The Energy Expert insists that investors entering a new market will have a strong interest in assisting governments in designing the best policies and regulatory frameworks for the country. He opined as well that a long-term, the