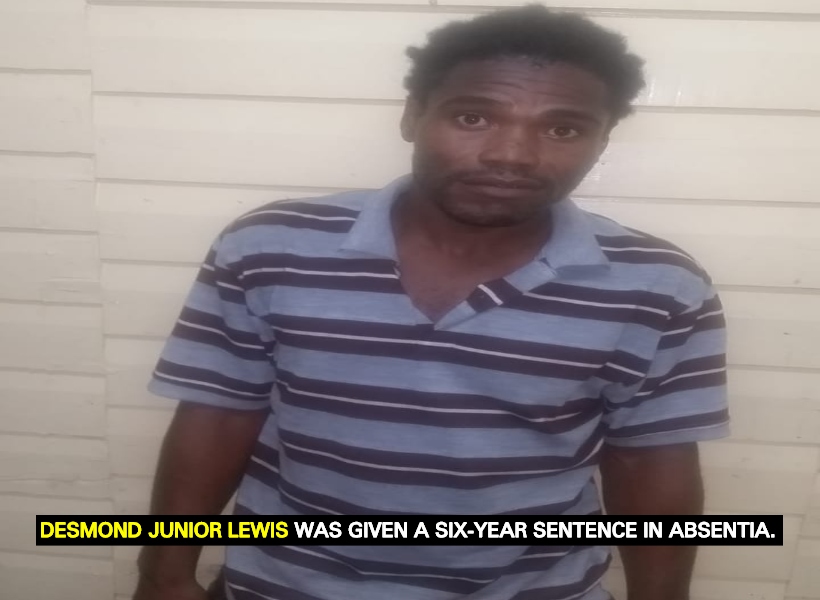 Police ranks were yesterday able to detain a man who was sentenced in absentia for six years on two counts of armed robbery committed in A Division.

The man, Desmond Junior Lewis, 36, of D Field Sophia Georgetown was held after he was profiled during a police operation in C Division yesterday.

According to information released by police, a number of other persons were detained too and items were confiscated during several cordon and search exercises in both C and A Divisions. The activities were carried out under operation ‘Restore Order’ which was recently launched by the Force.

Yesterday, ranks, between the hours of 03:30 – 08:30 hours, were out ‘restoring order’, in the East La Penitence Station District, which includes Guyhoc Park and part of Sophia, Greater Georgetown (A Division); and for C Division, in Beterverwagting and Sophia, East Coast Demerara.

In A Division, three motorcycles – two with registration plates # CG 8319 and CJ 570, 10 laptops, 42 cellular phones, a tablet, two play stations, a pioneer auto digital timer, an x box for nintendo games, a quantity of computer and phone accessories and 72 grams of cannabis were found.

Additionally, seven persons were detained, inclusive of a female, for offences ranging from receiving stolen property to possession of narcotics.

Over in C Division, three motorcycles with registration plates # CH 8675, CG 3395 and CH 8917, a car bumper, two car doors, a vacuum, a power wash, a grass cutting machine, three cellular phones, a television set, and a music set with three speakers and also a quantity of small-sized ziplock bags were found. In C Division a total of 31 persons, including Lewis, were detained for offences ranging from robbery under arms, possession of stolen articles, trafficking and possession of narcotics, and setting fire to buildings.