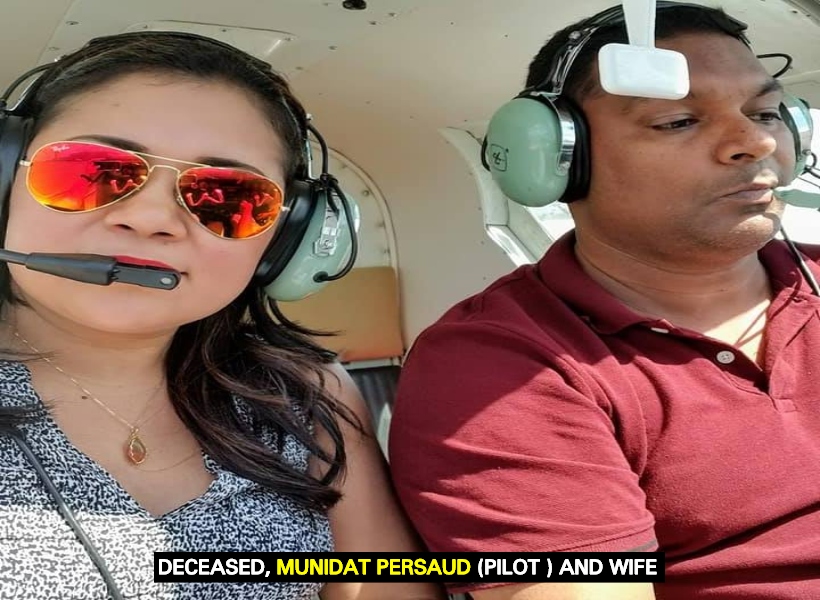 Munidat ‘Raj’ Persaud, the Guyanese pilot who was involved in a fatal crash off Long Island on Saturday, was the owner of 12 planes—three of which were involved in accidents in both Guyana and the United States of America.

The 47-year-old pilot was flying his twin-engine Piper PA-34 with two passengers from Connecticut to Charlestown on Saturday when it crashed. The bodies were recovered on Sunday but only the pilot has been identified.

The US Federal Aviation Administration listed the now deceased pilot—who removed two planes from Guyana two years ago despite a High Court Litigation—as the owner of 12 aircrafts and two flight schools in the foreign country.

Three of his planes have been damaged in accidents. In one of the accidents, a Piper twin-engine, similar to the one Persaud crashed on Saturday, flew into a mountain in Vermont five months ago. The pilot, who was the only person on the plane, died. And, two years ago, the pilot came to Guyana and opened a company called, Oxford Aviation, where he did flights to the hinterland regions. Shortly after the launch of the company, an aircraft was destroyed when it collided with another plane—Cessna 172 model aircraft 8R-JIL at Ekereku, Region Seven.

Five persons were onboard the plane but only suffered minor injuries when it ran off the runway at Ekereku Bottom during takeoff and collided with the Domestic Aviation plane. That aircraft was damaged beyond repair.

The pilot in that accident, Orlando Charles, took the matter to the courts to be resolved. The active High Court proceedings barred Persaud from operating his two aircrafts in Guyana.

However, before Oxford Aviation was barred by the court, its second plane crashed in Baramita airstrip, Region One, just five months later making the situation worst for the company.

Following the accidents, Persaud with the help of another pilot, removed the two planes from the Eugene Correia International Airport. He never returned to Guyana, stalling the court case.