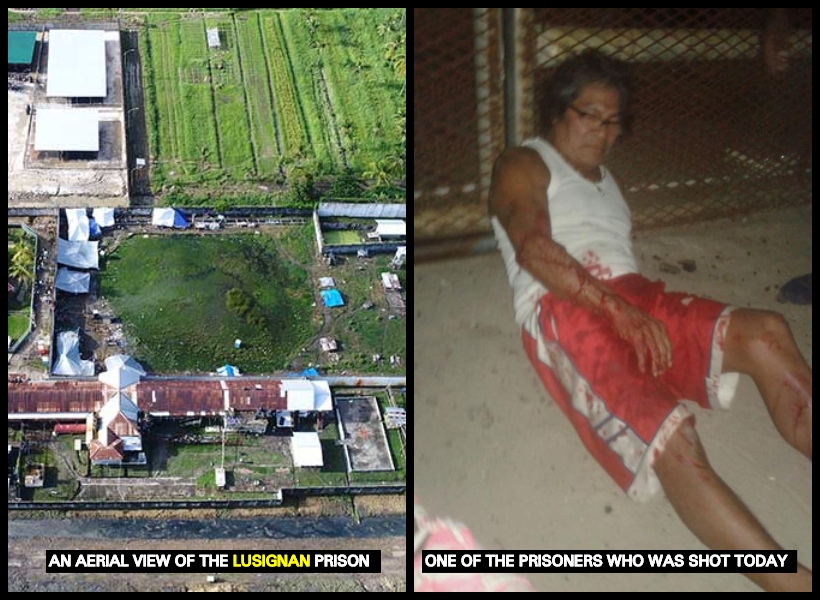 Six inmates at the Lusignan Prison have reportedly been shot after a riot erupted at the facility just about 18:30 hrs today. A source from the Guyana Fire Service has confirmed that at 18:40 hrs, the inmates had set fire to at least one building in the prison compound. Its is unclear if that building was completely destroyed but fire tenders were sent to put out the blaze.The riot comes hours after three inmates, one of whom is a murder accused, escaped from the facility this morning.Up until the time this article was uploaded, gunshots were heard coming from inside the compound. The prisoners were reportedly throwing missiles at the officials—preventing them from controlling the situation. Six inmates who sustained gunshot wounds were also taken to the Georgetown Public Hospital Corporation.

Commissioner of Police, Leslie James; Minister of Public Security, Khemraj Ramjattan; and Prison Director, Gladwin Samuels, are among some of the senior officials at the scene.Meanwhile, the inmates who escaped from the prison this morning are identified as murder accused, Travis Evans, age 23; Sudesh Dyal, 23; and Dexroy Pollard, 29.More information will follow shortly.