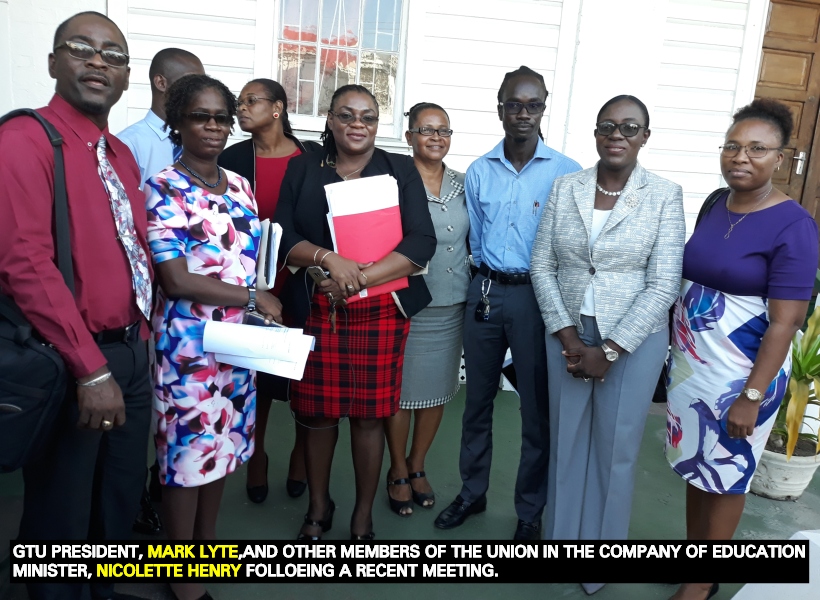 “It isn’t what it is until we go through the agreement with a fine-teeth comb and approve its signing by our leaders. Nothing is agreed to until all are agreed. The membership will have to decide this.”

Kissoon’s remarks, which were posted on Facebook, come on the heels of the Guyana Teachers Union (GTU’)s and the Ministry of Education accepting a multi-year salary package for teachers. The union has accepted 12 percent for 2016 and eight percent for 2018. But Kissoon is concerned that the union has moved to accept a mere fraction of the 40 percent across salary increase for teachers in 2016 that was initially proposed.

Kissoon is worried that the union’s acceptance of government’s offer will essentially cause some teachers to walk away with no increase since they would have already collected an interim payout earlier with other public servants.

In this regard, Kissoon is calling for GTU President, Mr. Mark Lyte, to be made answerable to the union’s General Council.

But Lyte, in responding to the call for him to be made answerable, insisted that he did not operate independently in accepting government’s offer. In fact he assured that it was based on the feedback from the union’s membership that a decision was made on the way forward. Although there have been some reports that factions within the union have been politically influenced, Lyte said, “We have always maintained that this is not about politics, this is about
the welfare of teachers and when we worked out what was offered we decided that our teachers will benefit significantly from what was offered, so we communicated that to our teachers. We worked out what they are likely to get and we passed on that information and based on the feedback we got the majority of our teachers they were comfortable with the union making this decision because they have trusted us from the inception,” Lyte said.
He, however, noted that he is not opposed to facing the General Council since he did not operate outside of the union’s protocol.

The GTU nevertheless went on to the inform that in a case where a single member calls for a General Council meeting, based on the union’s constitution, that member has to be prepared to sponsor that meeting. “You are talking about bringing people from far and wide from across the country for that meeting…so she (Kissoon) really needs to read the constitution carefully,” Lyte noted.

Lyte said too that in addition to heeding the calls of the majority of its members, the union recognized that the longer the union holds out, the harder it is likely to become for government to make payable retroactive payments to teachers. “We think the longer this thing goes on the more difficult it will be for government to deal with all those retroactive payments. So it was with our teachers in mind that a decision was made collectively,” Lyte said.