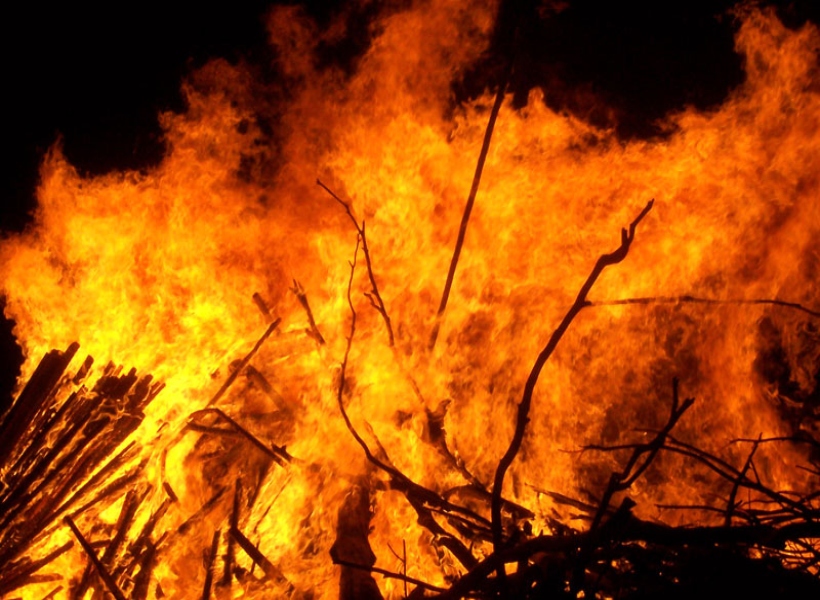 The lifeless body of a 43-year-old man was found in the backlands of Number 36 Village, Corentyne, Berbice this morning—hours after he burnt his house and threatened to kill his wife and three children.

Dead is Michael Lewis, a labourer of Brighton Village.  Farmers in the village discovered Lewis’ body along with syringes and his cellular phone.

Investigators believe that the father of three committed suicide last night just after he burnt his family’s home. Lewis’ wife, Candace Khedaroo, said that she went to Georgetown on Monday and when she returned home, he accused her of having an extra marital affair.

The woman said that the suspect then picked up a hammer and tried to hit her in the head but she ran for her life.  She said that she took her children and went to a neighbour’s home for shelter.

“I left the children there and went by my mother, Bibi Khedaroo, so she can take me to get some clothes for me and my children. When we come to collect the clothes, he was inside the house but I couldn’t find my identification card so I went out the house looking for him,” the woman said.

She further explained that after she could not find the suspect in the yard or on the road. But when she returned to the house, she saw him standing with a knife and gasoline in his hands.

The Guyana Standard was told that the suspect then threw the gasoline on his mother-in-law while his wife ran out of the house, screaming for help.

Khedaroo explained that her deceased husband punched her mother in the heart, knowing that she suffers from a severe heart condition.  “When he pour the gas on her, he started to punch her in her heart to kill her,” the woman said.

While the suspect was fighting with his mother-in-law, the elderly woman managed to overpower him and ran out of the house.

“We went by the neighbour and then we see smoke start coming from the house and he walk out the yard and gone while the building burning,” Khedaroo said while adding that she and her children were forced to go to her mother’s house.

She told this news agency that even when she went to her mother’s house, the suspect did not leave her and her children alone. He threw a Molotov cocktail at the house, which burnt a part of the building.

Her mother and brother managed to put out the flames.