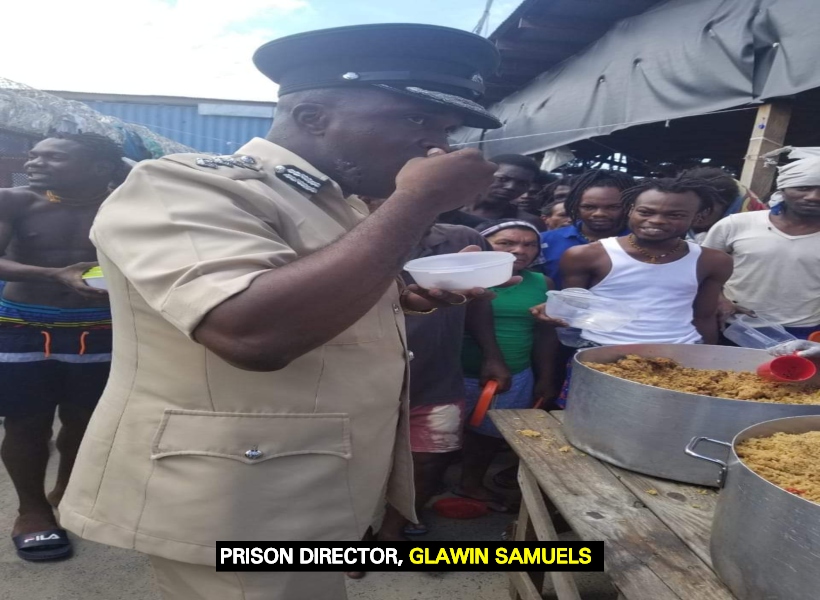 Director of Prison, Gladwin Samuels has confirmed this morning that peace has been restored at the Lusignan Prison following a riotous situation last night, which resulted in eight inmates being shot with pellets.

Samuels even shared a meal with the inmates to confirm all was well.

Efforts are being made to locate the escapees.

Around 16:00 hrs yesterday, inmates at the Lusignan Prison started behaving in a disorderly manner with some attempting to burn buildings in the compound and tear down walls to escape.

The Ministry of Public Security said that some of the inmates threw missiles at prison warders and joint services ranks, preventing them from entering the location.

The Guyana Standard was told that the inmates set fire to items including mattresses and pallets. The fires caused damage to the monitoring room with the CCTV cameras.

In a statement to the press, the Ministry said that to calm the situation, officers had to use rubber pellets but when this did not work, they were forced to fire live rounds in the air.