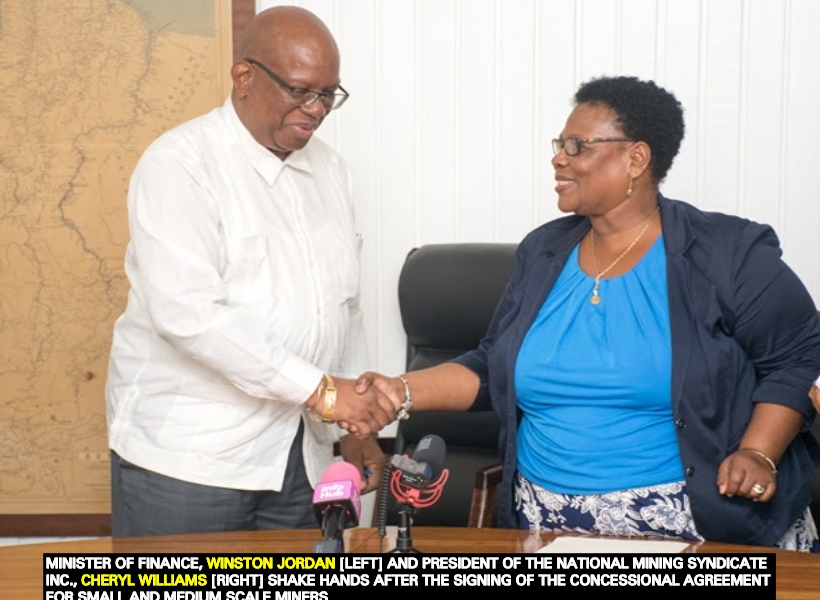 Small mining syndicates will finally be able to benefit from several concessions via a new agreement signed with the Ministry of Finance today.

The economist noted the signing will result in a “big difference in peoples’ lives. ”He recalled that the signing was the fulfillment of a promise made by the government which vowed to support small and medium scale miners with concessions. The Finance Minister also lauded the efforts of Minister within the Ministry of Natural Resources, Simona Broomes, who lobbied for the mining syndicates.

President of the National Mining Syndicate Incorporated, Cherryl Williams, welcomed the move on behalf of the 14 mining syndicates she represented.