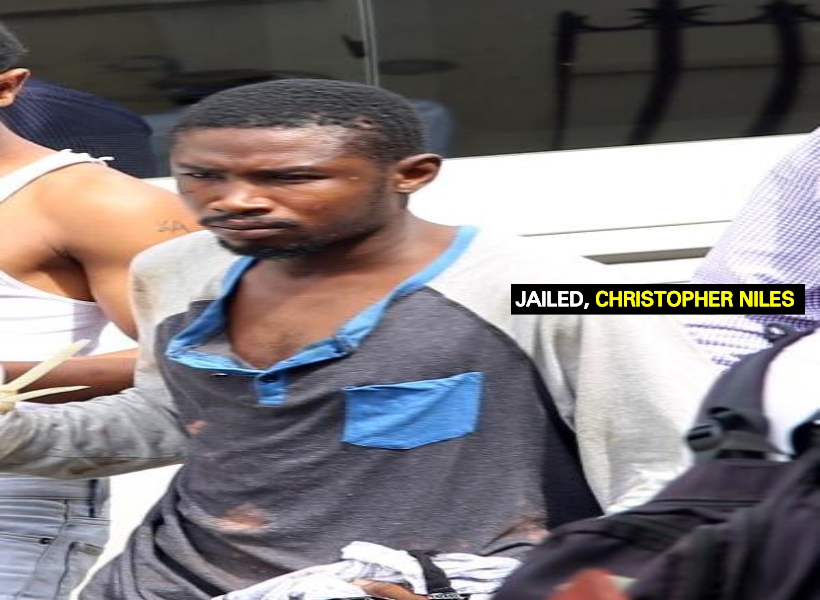 “ My worship is frustration mek I jump off my bike and choke that woman and take away her stuff and ride away,” were the words of a man just before he was sentenced to 18 months imprisonment on a robbery charge.

Christopher Niles, 24, of Alberttown, Georgetown, appeared before Chief Magistrate Ann McLennan where three robbery charges were read to him.

He pleaded guilty to the charge after it was read to him in the Georgetown Magistrates’ Courts.

It was further alleged that on the same day and at the same location, Niles robbed Mahoni Mangru of a purse containing $30,000 and a phone worth $70,000.

The last charge alleged that on the same day and the same location, he robbed Techan Balgobin of one gold chain worth $90,000.

An unrepresented Niles denied the latter two charges after they were read to him.

Those matters were however adjourned until October 31, 2018 for commencement of the trial.

Facts presented by Police Prosecutor, Simone Payne stated that on October 20, 2018, at around 10:40 hrs, the family was at the Kingstown Seawall in their vehicle. Bibi Mangru exited the vehicle and walked in the western direction of the Kingston Seawall.

The court heard that Niles rode up to the woman and chocked her, before relieving her of the articles mentioned in the charge. He then rode away.

The woman then raised an alarm and her father, who was seated in the vehicle, drove behind him and hit him down.

The Prosecutor added that the bag containing the articles fell to the ground and was retrieved.

Police were called and Niles was arrested and taken into custody.

Niles, when given a chance to address the court, stated, ” While I riding my bike peacefully on the Seawall I saw the mother and father having sex in the vehicle so I decided to robbed their daughter who was walking up and down. I beat her up and take away her stuff. “

The Magistrate, after listening to Niles, sentenced him to 18 months imprisonment for the offence.