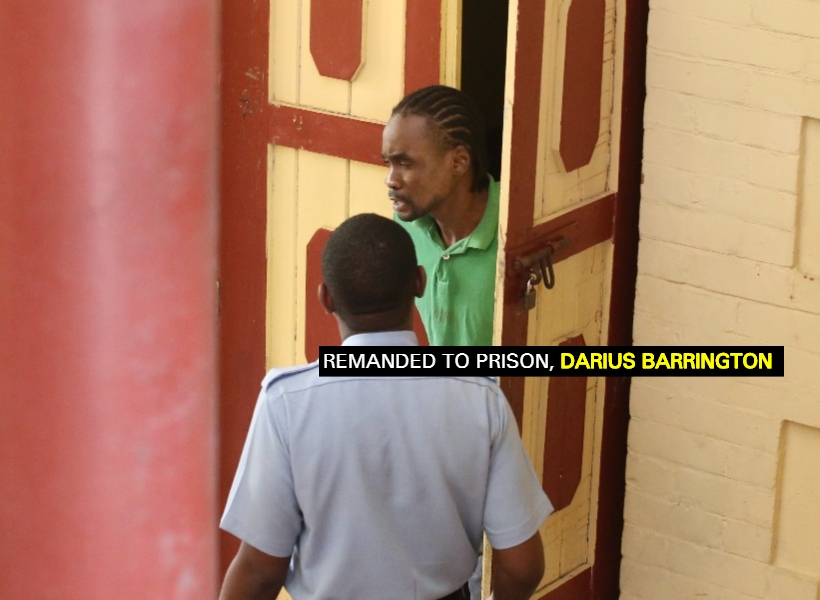 A labourer, claiming self defence after fatally stabbing his alleged attacker who took his bicycle without permission, was this morning charged with manslaughter.

Darius Barrington, 31, of South Sophia, is accused of stabbing Seon Harry, after they were involved in an argument last week.

Barrington was not required to plead to the charge which stated that on October 18,2018, at South Sophia, he unlawfully killed Seon Harry.

Barrington’s lawyer, Lawrence Harris, in a failed attempt to secure bail for his client, told the court that his client was viciously attacked by Harry who was the aggressor and was armed with a cutlass.

The lawyer added that due to Harry’s violent attack his client received chop wounds to his head, hand and abdomen.

Meanwhile, facts presented by Prosecutor Neville Jeffers stated that on October 17, last at around 21:00 hrs, Barrington and Harry had an argument over a bicycle that Harry picked up and went to purchase food.

The court heard that on Harry’s return, Barrington confronted him and kicked the food out his hand.

Harry then went away and returned with a cutlass and confronted Barrington and dealt him several chops about his body.

Barrington, in defending himself, pulled up a knife from his waist and fatally stabbed his attacker.

Harry then fell to the ground and was picked up and rushed to the Hospital where he was pronounced dead on arrival.

The Magistrate, after listening to the Prosecutor’s facts, remanded Barrington to Prison.