Home News Finance Govt. fails to implement at least half of Auditor General’s 2015 and... 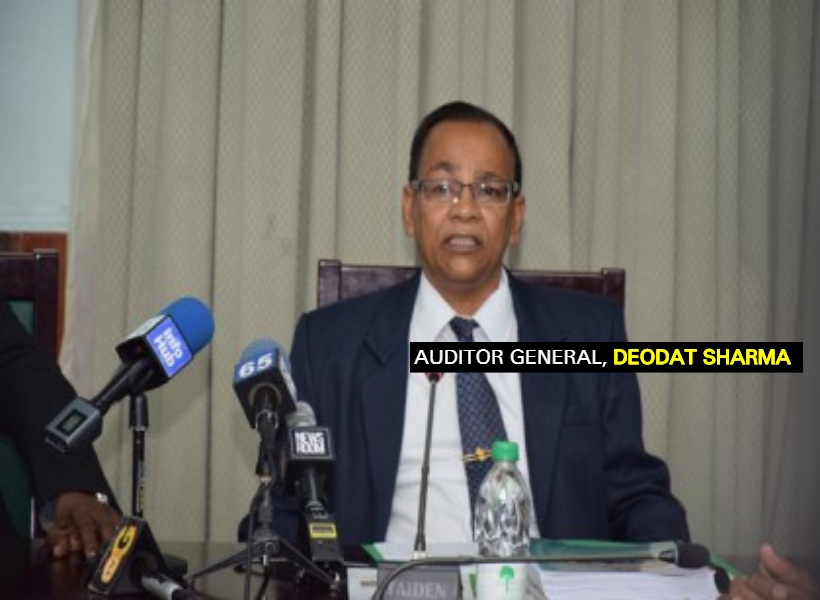 The Auditor General remains concerned that the APNU+AFC government is not doing enough to ensure the financial health of the nation when it comes to lawful and budgeted spending.

For the second consecutive year, the Auditor General, Deodat Sharma had cause to highlight that the government is still to implement a huge portion of the recommendations he made to better the way tax dollars are spent.

According to the Auditor General, not even 50 percent of the recommendations made in 2016 were fully implemented.

Under the heading, “follow-up on the implementation of prior year audit recommendations”, Sharma said, “Each year, my Office issues recommendations to Ministries, Departments and Regions that are designed at improving systems and practices at these entities and improving the Government’s governance and accountability mechanisms. Six hundred and two recommendations were made in my 2016 Audit Report. We reviewed each recommendation to determine what action, if any, was taken by the respective Accounting Officers. At the time of reporting, 178 or 30 percent were partially implemented, while 174 or 28 percent were not implemented.”

Sharma said that overall, he is “concerned with the lack of action towards the implementation of these recommendations; since, 58 percent of the recommendations have not yet been fully implemented.”

In addition, Sharma said that in many instances, recommendations are repeated each year without appropriate action and as a result, weaknesses and issues that impacted negatively on Government’s governance and accountability mechanisms continue to occur.

“Once again, I encourage the Government, through the Ministry of Finance, the Accountant General’s Department and the respective Heads of Budget Agencies to take appropriate actions and put measures in place to address the recommendations made in my prior report and this year as well,” said Sharma.

The story about implementation of 2015 recommendations is not much different.

Last year, the Auditor General reported, “Four hundred and forty-two recommendations were made in my 2015 Audit Report. We reviewed each recommendation to determine what action, if any, was taken by the respective Accounting Officers. At the time of reporting, 160 or 38% partially implemented, while 91 or 22 percent were not implemented.