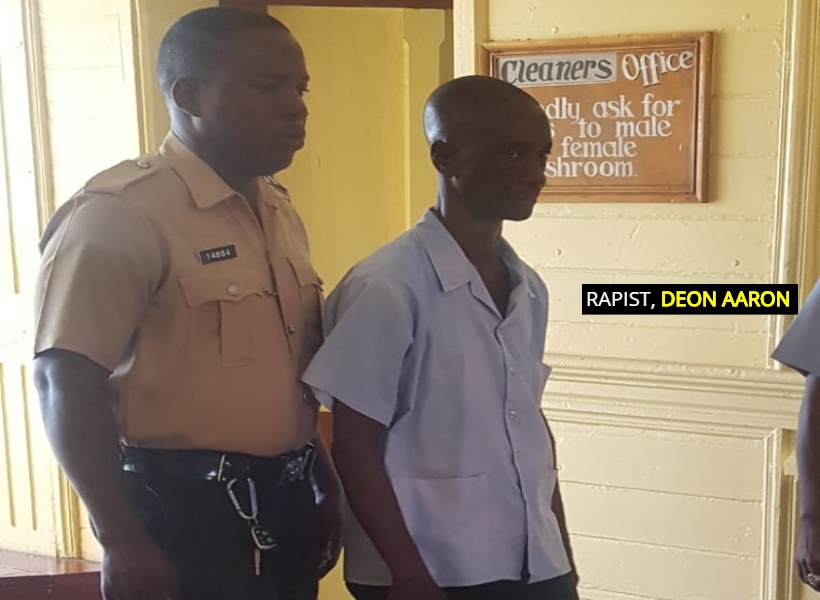 After about two hours of deliberation, a 12-member mixed jury this afternoon found 53-year-old Deon Aaron guilty of raping a three-year-old girl. Between March 01, 2016 and October 20, 2016, Aaron, a former policeman, engaged in sexual penetration with the toddler.

The incident occurred on the East Bank of Demerara.

According to records, the young girl was left in the care of Aaron for sometime after which she returned home and complained to her mother about feeling unwell.

Upon examining the child, the mother observed that she might have been sexually assaulted.

The Guyana Standard understands that Aaron inserted his finger into the little girl’s vagina.

Investigations were carried out and Aaron, who is now a security guard, was arrested and charged with the offence. Attorney-at-Law Madan Kissoon, who represented Aaron throughout his trial, requested a probation report for his client.

In the circumstances, trial judge Jo Ann Barlow remanded Aaron to prison until November 08, 2018, when the probation report, victim impact statement, and plea in mitigation will be presented.

In March this year, Principal Magistrate Judy Latchman committed Aaron to stand trial for the offences after ruling there was sufficient evidence against him.  The trial was heard at the High Court in Georgetown, and Aaron had been released on $200,000 bail by the Magistrates’ Courts.

The case for the State was presented by Prosecutors Abigail Gibbs, Seeta Bishundial and Tiffini Lyken.