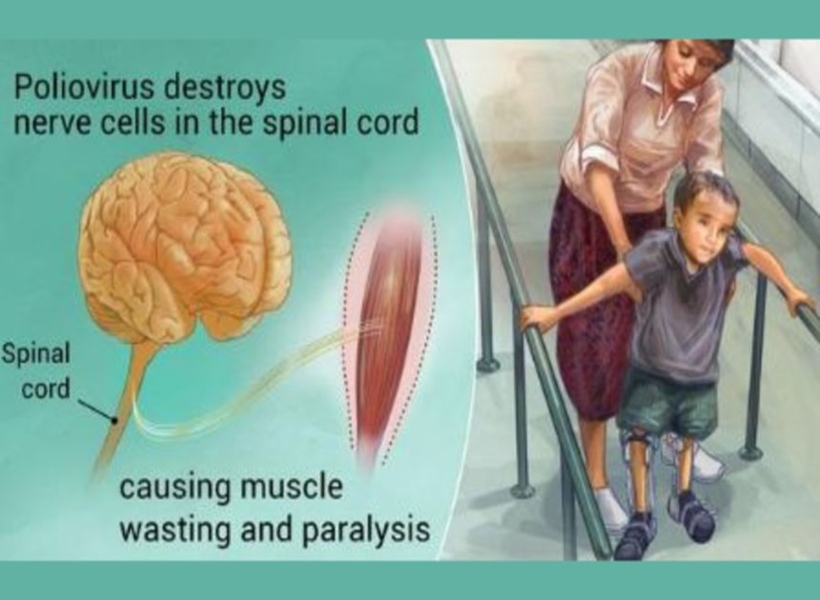 Today is World Polio Day, a day which is commemorated to reflect on the actions taken to help eradicate a dreaded disease. But the threat could resurface. For this reason PAHO/WHO is calling on countries of the Americas, including Guyana, to take immediate action to increase polio vaccination coverage to 95 percent.

This call follows reports that coverage in many countries of the Americas is below recommended levels. The Americas have remained free from cases of wild poliovirus for 27 years, with the last case detected on August 23, 1991, in Peru. The countries of the region were able to eliminate polio by achieving high rates of vaccination coverage of children and through sustained epidemiological surveillance to ensure early detection of any outbreaks.

“The Region of the Americas is polio free but as long as even one case of polio exists in any part of the world, we are still at risk,” said Dr. Jarbas Barbosa, Assistant Director of PAHO. “By achieving and maintaining high vaccination coverage and by strengthening epidemiological surveillance, we can make the dream of a polio free future for the world, a reality,” he added. Poliomyelitis (Polio) is a highly contagious disease caused by a virus that invades the nervous system, resulting in paralysis in a matter of hours. It mostly affects children under the age of
five and is transmitted by person-to-person. While there is no cure, the virus is preventable by vaccine. Polio vaccine, given multiple times, can protect a child for life.

In 1975, nearly 6,000 cases of polio were reported in the Region of the Americas and in 1991, the last six cases were detected. Three years later, in 1994, the disease was formally declared eliminated from the Region. Since then, no child has been paralyzed by wild poliovirus in the Americas.

Recent reports, however, show that countries are not maintaining the 95 per cent vaccination coverage rate required at all levels to prevent polio transmission. This means that some communities are at risk of being unable to prevent an outbreak should an imported case occur or if there is an emergence of vaccine-derived poliovirus (VDPV).

As the first region of the world to eliminate polio, the Americas, PAHO’s support, has led the way toward a world free from the disease.  But PAHO is currently working with countries to ensure that every year more than 95 per cent of children under the age of one are vaccinated against polio in every municipality in the countries of the Americas. Efforts also focus on increased monitoring of cases of acute flaccid paralysis and on meeting the requirements of the Global Polio Eradication Initiative, the Polio Eradication and Endgame Strategic Plan, and the
Global Polio Eradication Certification Commission.

“There is no place for complacency when it comes to keeping the Americas polio-free,” said Cuauhtémoc Ruiz Matus, Head of the Comprehensive Family Immunization Unit at PAHO. “Vaccination coverage rates must be increased immediately in order to protect the children of our Region from this deadly disease. As long as polio exists anywhere, it is a threat to children everywhere.”