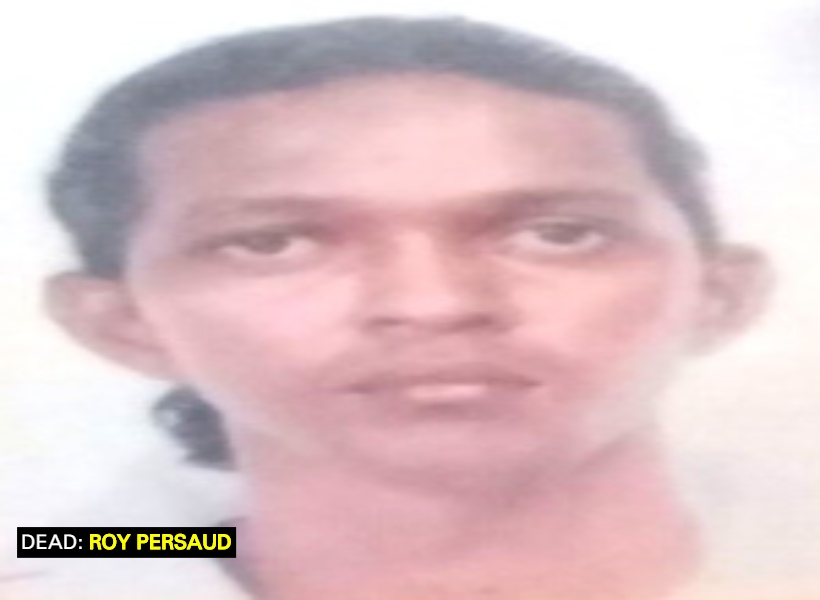 A fake gold chain is said to be the motive for the killing of 36-year-old taxi driver, Roy Mitchell Persaud, whose burnt body was discovered in the trunk of his taxi at Palmyra, Canje eight years ago.

The motive is the latest development in the case of the murder which occurred on May 09, 2010. In the initial stage of the investigation, three of the dead man’s friends and a neighbour were arrested but they were all released for lack of evidence.

Fast forward eight years later, a senior police source said that they have recently received information that the murder is linked to a fake gold chain the deceased had been wearing at the time he was killed. However, the four suspects in the murder have all migrated.

The Guyana Standard has been informed that one of the suspects’ mother, was a senior police officer stationed in Berbice at the time of the murder, and police sources now believe that she might have played a part in covering the crime.

“Her son was a drug addict and his friends were also smoking. It was her son who saw the chain on the victim’s neck and he probably set up the murder. These boys grew up with the victim so they use to lime from time to time,” a police source said.

Roy Mitchell Persaud’s body, burnt beyond recognition, was discovered in his car trunk at Palmyra, Canje, two days after he left his Lot 36 Smythfield, New Amsterdam home to ply his trade as a taxi driver.

His mother, Shira Tahal, explained that the father of two was residing in Trinidad and Tobago but came here to fix his children’s passports and during that time, he was working in the nights to support himself and children.

Tahal said that she found it strange that the persons who were arrested for the murder were released despite eyewitnesses saying that they saw them (suspects) driving the deceased’s car on the night he was killed.

“The guy (deceased’s friend) said that he see the car driving on the wrong side of the road and when he watch in the vehicle, he see three men and he didn’t see my son,” Tahal said. This information was given to the police but nothing was done.

Tahal is hoping that the cops will one day solve her son’s murder so that his children and her can have justice.