Home News 60 percent of Exxon’s investments in products, services are supplied from outside... 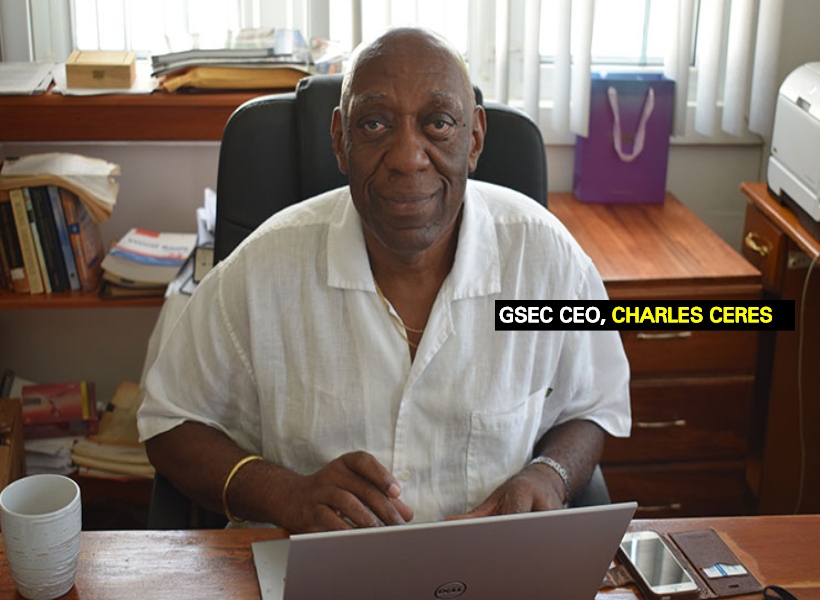 “More than 60 percent of ExxonMobil’s investments in products and services are supplied from outside these shores. Yet, there has been no serious attempt at getting the Local Content Policy and law up and running. What is happening is that you have one of the largest Foreign Direct Investments (FDI) materializing before us but we are underutilizing it. We are behaving like a pack of jokers…”

Those were the words of the Chief Executive Officer (CEO) of Ground Structures Engineering Consultants (GSEC), Mr. Charles Ceres.

During an interview with the Guyana Standard at his office in D’andrade Street, Newton, Georgetown, Ceres related his disappointment with the fact that Guyana os still without a Local Content Policy.

Ceres said, “And time is running out on us. It was only a few months ago that I called on the government to get this thing done. This was at a huge local content conference which was held at the Arthur Chung Convention Centre. There were several speakers there, including officials from ExxonMobil…”

He added, “During the interactive session it was revealed that more than 60 percent of ExxonMobil’s investments in products and services are supplied from outside these shores…And why is this happening? Because there is no local content policy in place. There is no law in place that carries penalties if they don’t do what they are supposed to…We don’t even have a compliance regulator in place. So every day we go without this policy, we are giving away opportunities for shared value creation.”

The Guyana Standard was also able to confirm same a few minutes ago with the head of ExxonMobil’s Public  Relations team here, Deedra Moe. She noted that in some instances, it is more than 70 percent.

Further to this, the GSEC CEO noted that apart from the stage of production, the development phase of any oil and gas project, carries with it, significant opportunities for local content. In this regard, he explained that the development phase comprises a number of early planning sub-phases, namely feasibility, concept selection, and Front-End Engineering and Design (FEED), followed by detailed engineering, procurement, fabrication/assembly, and construction.

During early development, Ceres pointed out that activity is typically focused on business and technical evaluation, detailed project design and planning, and securing regulatory approvals. All of these, he noted, present opportunities for local content.

“It is during this phase, well before capital outlay, that the greatest opportunity exists to identify opportunities for generating shared value. Many decisions made in the conceptual and planning stages of a project can have a significant impact on the potential for local participation and this is why Guyana needs to act now,” the veteran Engineer expressed.