Home News Crime Miner remanded for murder of man whose body was found with 43... 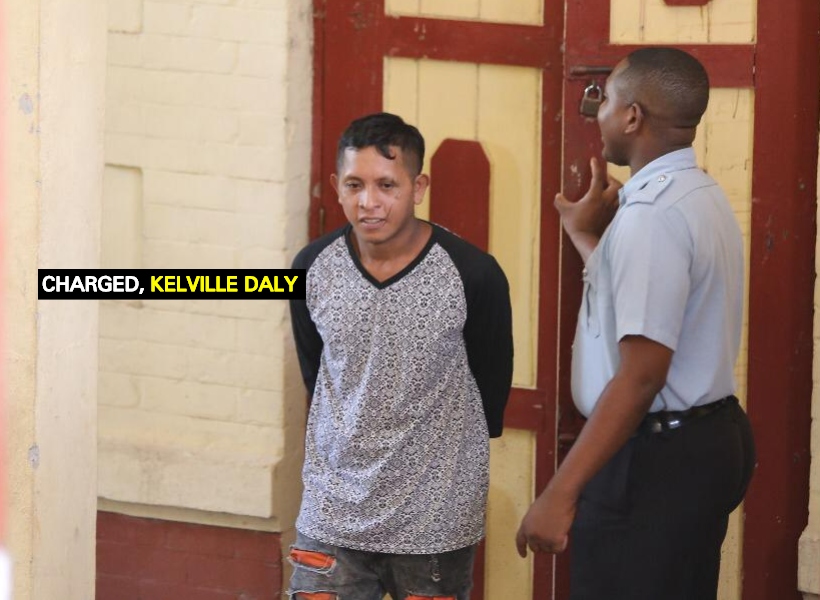 Almost one month after the body of a man was found with 43 chop wounds on the Puruni trail, a 27-year-old miner was this afternoon charged with the capital offence.

It is alleged that Kelville Daly, between September 30,2018 and October 1,2018, at Cuyuni Landing, Cuyuni River, murdered Kelvin ‘ Royo’ Bayley.

Daly was not required to plead to the indictable charge after it was read to him by Chief Magistrate Ann McLennan in the Georgetown Magistrates’ Courts.

Police Prosecutor, Simone Payne did not disclosed the facts in the matter, hence the unrepresented man was remanded to prison until November 8,2018.

According to information, miners traversing the Puruni trail discovered Bayley’s lifeless body and contacted the police.

It was reported that the 52-year-old body was discovered with several wounds to the head, back and neck.

An investigation was then carried out and Daly was arrested and charge for the offence.