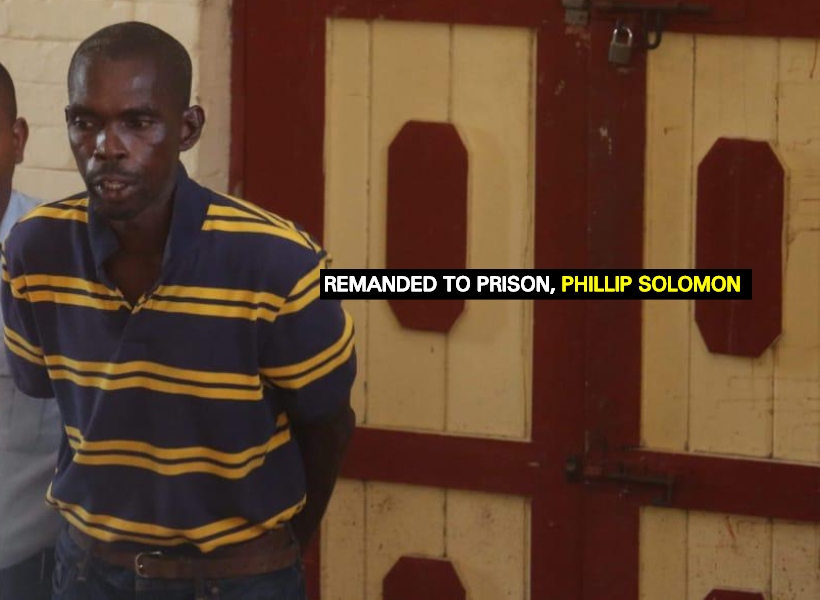 Days after a man was struck to the back of his head with a boat paddle during an argument, a labourer was this afternoon charged with murder.

Phillip Solomon,41 of Ice House Road, Timehri, East Bank Demerara, appeared before Chief Magistrate Ann McLennan where he was slapped with a murder charge and remanded to prison.

Solomon was not required to plead to the indictable charge which stated that on October 24, 2018, at Timehri he murdered 51-year-old Vernon Cummings.

The matter was prosecuted by Police Prosecutor, Neville Jeffers who told the court that Solomon and the now deceased are known to each other, as the two worked as labourers at a dock in the area.

The Prosecutor added that after work, the two men would normally consume alcohol.  Facts presented by the Prosecutor stated that on the day in question at around 17:00 hrs, Solomon and Cummings had a misunderstanding which resulted in a scuffle.  Solomon grabbed a boat paddle, while Cummings armed himself with a piece of iron.

Persons in the area, upon hearing the commotion, rushed to the scene and collected the piece of iron from Cummings, Solomon later took the boat paddle and dealt Cummings several lashes about his body causing him to fall to the ground.

He was picked up in an unconscious state and transported to the Georgetown Public Hospital Corporation (GPHC) where he died while receiving treatment.

The matter was then reported and an investigation was carried out; hence Solomon was charged for the offence.

The Magistrate, after listening to the facts, remanded Solomon to Prison.  He was instructed to make his next court appearance on November 12 for report.