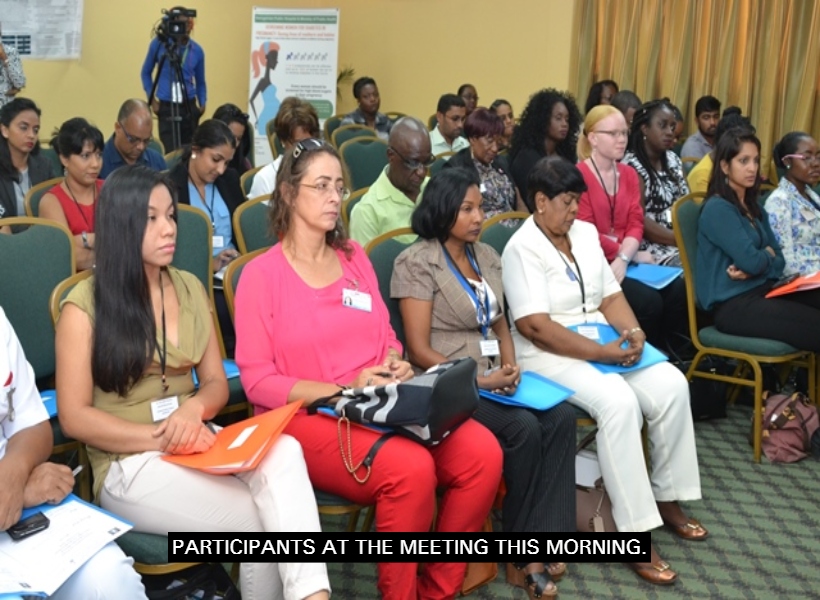 With the main aim being to provide universal screening, diagnosis and treatment for diabetes, the Guyana Diabetic Care Project (GDCP) is a multi-year approach formulated by the World Diabetes Foundation and other agencies in partnership with the Ministry of Public Health. The project has been helping to reduce the burden of Type Two diabetes in Guyana by building on the success of the Guyana Diabetes and Foot Care Project. It has in fact been the first phase of a national response to the high rates of Non-communicable Diseases in Guyana.

But although the project was initially slated to run from 2015 to 2018, it has been extended to September 2019. This announcement was made today when the GDCP held its fourth stakeholders’ meeting was held at the Quamina Street, Georgetown, Cara Lodge. The meeting was convened to review the project’s performance for the previous year.

At the meeting, Project Co-ordinator, Dr. Brian Ostrow, reminded stakeholders of the three main components of the project which are screening for Diabetic Retinopathy, screening pregnant women for Gestational Diabetes and the development of the Health Information systems and public awareness programmes.

Also present was Minister within the Ministry of Public Health, Dr. Karen Cummings, who highlighted the recorded success of the project to date. “More than 1,564 women have been screened of which 373 were treated for gestational diabetes at the Georgetown Public Hospital Corporation. Sixty-three outreaches were completed and the cumulative data collected demonstrated that 1,861 patients were screened for type two diabetes of which 312 patients were diagnosed with type two diabetes mellitus,” she shared. According to the Minister too, “Approximately 5,183 persons have been screened for diabetic retinopathy and 1,008 have been diagnosed and treated to date.”

These statistics, she said, indicated that there has been an increase in the screening rate for diabetic retinopathy, with figures doubling in 2018. Also critical to the sustainability of the project is the capacity building for healthcare professionals especially in the areas of diagnosis and treatment of gestational diabetes.

The Minister added that, “since its inception, the Guyana Diabetes Care Project has been making great progress in the treatment of diabetes in Guyana however in order to significantly build on the gains made thus far through the diligent work done by the project, we at the Ministry of Public Health recognise that more needs to be done with the collective and collaborative involvement of all concerned stakeholders.”

It is on this note that Minister Cummings suggested that during this latter period the project be extended to health facilities in regions outside of Georgetown.