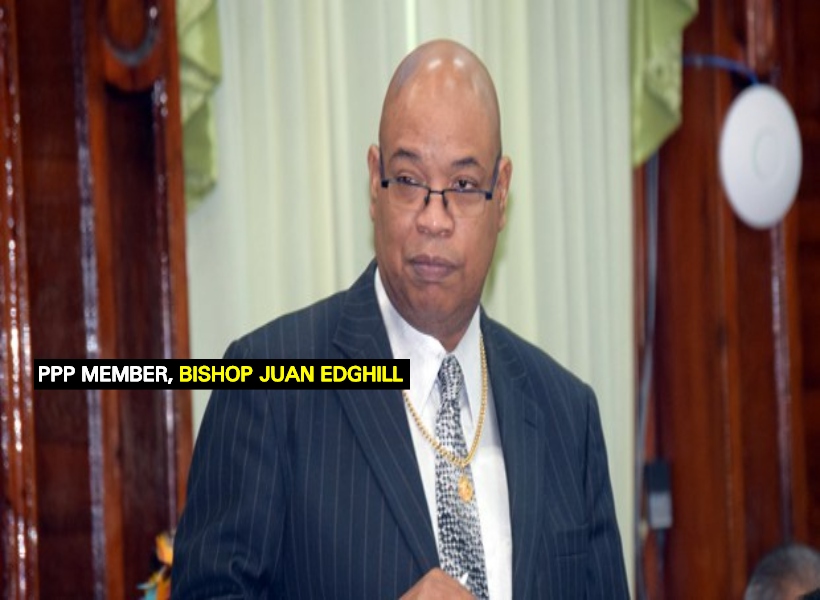 Opposition Member, Bishop Juan Edghill is calling on the Audit Office to conduct a special investigation into major roadworks taking place on the East Bank Berbice road, the Mabaruma road and the Port Kaituma road.

In a letter to the press, Edghill said that the audit is necessary since he met with several persons, all of whom expressed great concern about the quality of work being done. The politician stressed that Guyanese must benefit when their tax dollars are being expended.

He insisted that there must be value for money hence he wants Auditor General, Deodat Sharma to conduct the audit.

Further to this, the Executive Member of the People’s Progressive Party (PPP) said that concerns expressed were not only limited to the quality of the work but had to do with improper procurement practices that allowed for contract costs to be inflated.

He said, “The indiscriminate and excessive use of the ‘force account’ facilitates the submission of huge bills without adequate supervision and verification. The view expressed is that the actual works done does not represent the actual expenditure being reported. Taxpayers are always on the watch for Guyana and as a representative of the people, we, the PPP, will always take their concerns seriously.”

Edghill added, “The incestuous behavior of this coalition Government and the engagement of favored contractors and friends have not helped to allay the fears of our people, hence this call for a special Audit by the Auditor General.”

At his most recent press conference, Opposition Leader, Bharrat Jagdeo said that he is aware of the matter since he too spoke with some of the concerned citizens.

“I have visited some of these road projects and I believe there is just cause for there to be an audit. Edghill will speak further on this… But the works done do not match the expenditure to date and I urge the media to look at it…This government has a fetish for corruption,” Jagdeo stated.