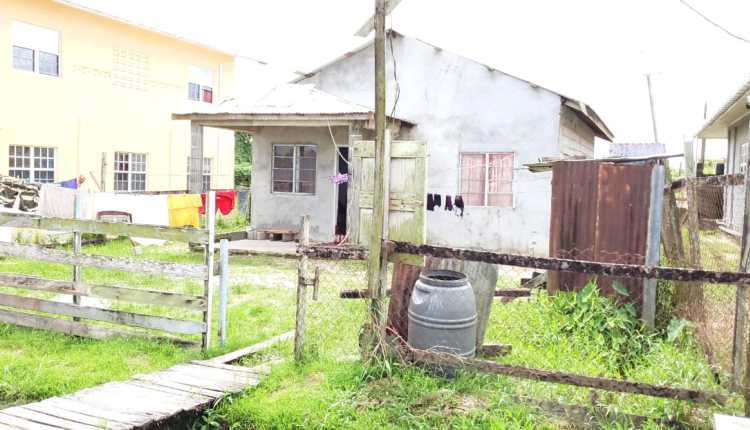 A man—early this morning—used a cutlass and a hammer to behead his former brother-in-law at his Lot 1323 Diamond, East Bank Demerara (EBD) home.

The incident happened sometime around 09:00 hrs.

Dead is 39-year-old Justin Peterkin, a father of two of Paradise village, East Coast Demerara. He died at the scene of the crime.

The suspect has since been arrested.

According to information received, the deceased’s former partner and their two children live at the Diamond property with the suspect. The couple has reportedly separated but would spend time with each other.

This news agency was told that on Sunday, the victim spent the night with his ex-partner and children at their Diamond home. However, he was killed shortly after the woman left the house to take the children to school.

Reports are that about an hour after the woman left, the suspect and the deceased got into a heated argument which then led to the suspect chopping the 39-year-old man to the neck—almost severing it.

Neighbours claimed that after the man chopped the electrician with a cutlass, he went down on his knees with a hammer and tried to completely severe Peterkin’s head from his torso.

“I come out and start holler and he threatened me too,” one neighbour

said while adding that the suspect, after murdering his former son-in-law, quietly walked away from the crime scene.

While the nature of the argument is not clear at this point, this news agency has been informed that last night when the suspect went home, the deceased had been smoking weed in his home which reportedly angered him.