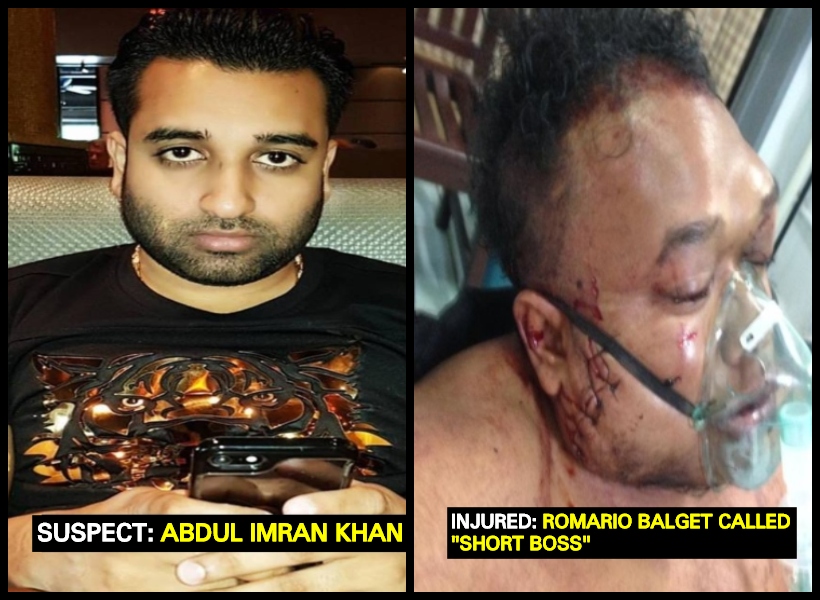 Investigators probing the assault case of Romario Balget called “Short-boss” at Palm Court two Sundays ago have not made any recommendation to have the suspect, Abdul Imran Khan’s firearm licence be revoked.

This is inspite of the fact that the suspect is fingered in many cases where persons have been shot and injured—and even gun-butted. Many of these cases have occurred at the same popular entertainment spot, Palm Court, located on Main Street, Georgetown.

The Guyana Standard has been informed that the suspect’s gun was seized and samples were taken to have a ballistic test done.

However, when asked whether any recommendations were made to have Khan’s firearm licence be revoked, a source close to the investigation responded in the negative. He claimed that the revocation of the firearm licence was not mentioned in the file.

Divisional Commander, Marlon Chapman when contacted said that he would not comment on Khan’s firearm’s licence.

The Crime Chief, Lyndon Alves could not be reached for a comment.

Since Balget’s assault, many persons have been calling for Khan’s firearm licence to be revoked since the 31-year-old  used the weapon to drive fear into people and even injured some.

The Guyana Standard has been informed that apart from shooting and wounding persons, Khan, who is said to be a butcher, has been fingered in several criminal activities including drug trafficking.

In March 2009, the Guyana Police Force issued a wanted bulletin for the then 24-year-old Khan for a shooting incident which resulted in three persons being hospitalized after being wounded at Palm Court.

In June 2010, Khan—again—was charged with intent to maim, disfigure or cause bodily harm to Elroy Newton and he unlawfully and maliciously discharged a loaded firearm.

And, in September, 2010 another wanted bulletin was issued for Khan, who reportedly shot security guard, Marlon Shepherd to the left arm and knee during a confrontation at a popular entertainment spot on Robb Street, Georgetown.

According to information received, the suspect attempted to force his way into the night spot when he was confronted by the guard. A confrontation ensued and Shepherd was shot.

Khan was never convicted and many of the cases involving him have never made it to the courts.