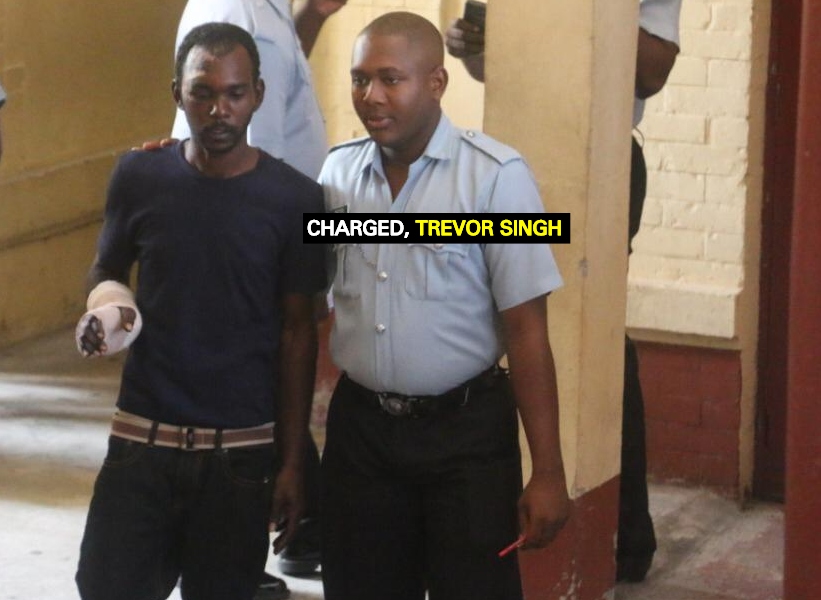 A motorcyclist, who killed a man during a fatal accident on the Aubrey Barker Public Road, was this morning charged and released on $350,000 bail.

He was charged with causing death by dangerous driving.

He denied the charge which alleged that on November 1, 2018 at Aubrey Barker Public Road, South Ruimveldt Georgetown, he drove motorcycle CE 2681 in a manner dangerous to the public thereby causing the death of Floyd House.

Singh was represented by Attorney-at- Law Paul Fung-a-fat who, in a successful bail application, told the court that his client has an unblemished record.

The lawyer added that, on the night of the incident, it was raining heavily and a car hit his client causing him to swerve into to cyclist.

The lawyer further went on to tell the court that due to the unfortunate incident his client received a broken right hand and laceration about his body.

Facts presented by Police Prosecutor, Simone Payne stated that on November 1, 2018, last at around 18:45 hrs, Singh was proceeding west along the souther side of Aubrey Barker Public Road when he collided with the pedal cyclist who was proceeding in the same direction.

The court heard that due to the collision, both men fell to the ground in a unconscious state.

Both persons were picked up and rushed to the Georgetown Public Hospital where House was pronounced dead on arrival and Singh was admitted a patient.

The matter was then reported, an investigation was carried out and Singh was charged for the offence.

Prosecutor Payne did not oppose to bail being granted to Singh hence, Magistrate McLennan released him on $350,000bail.

He will make his next court appearance on November 20.