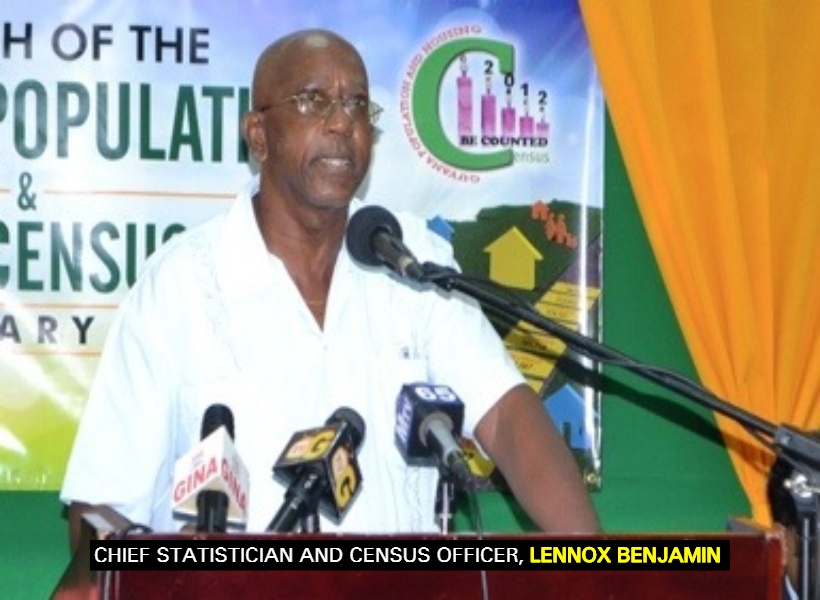 Cognizant of the role data has when planning for the development of a society; the Guyana National Bureau of Statistics has launched a project that is aimed at enhancing its statistical capacities.

This was confirmed this morning with Chief Statistician, Lennox Benjamin during an interview with the Guyana Standard.

Benjamin noted that the focus of the project is to improve the capturing, production and dissemination of statistical data across the National Statistical System with the Bureau of Statistics being the focal point. He said that the project has two components.

He explained that component one focuses on the institutional assessment of the national statistical system which comprises the Bureau and all other government ministries and agencies that are responsible for administrative data.

The Chief Statistician said that this assessment was done utilizing a Tool to Assess Statistical Capacity (TASC) to determine strengths and weaknesses of the National Statistical System. He said that the findings of the TASC will undergo an in-depth analysis to further identify the linkages within the system and how this can be further developed to produce optimum results.

Benjamin said that this process also takes into account, shortages in both the human and technological capacities that the system suffers. He told this news agency that the expected outcome of this assessment is the development of a medium-term National Strategy for the Development of Statistics.

Turning his attention to component two, the Chief Statistician said that this will address the issue of lack of capacity as highlighted by component one as it is anticipated to result in training for personnel in the relevant areas of the statistical system. Benjamin said that there would also be South to South cooperation between CARICOM member states and further afield.

Benjamin said, “It is envisioned that at the end of the project, data capturing, production and dissemination will be in keeping with that of international standards as data will be available in a timely manner and for a wide cross-section of topical areas. We are cognizant that data availability, quality, and timeliness remain a major hurdle in programme targeting and policy formulation. It is even a hurdle for national budget planning. But this project will address that.”

Further to this, Benjamin said that key among the data gaps is employment statistics which is crucial to the formulation of policy, design, and evaluation of programme effectiveness, given the need to generate job opportunities.

In addition, the Chief Statistician said that data and systems to support strong monitoring and evaluation frameworks continue to be a priority as programmes are implemented across the public sector.

“Guyana has never had an established unit within Government tasked with the measurement and analysis of the changing levels of poverty. However, for institutional permanency, the Government recently established a Poverty Unit at the Bureau of Statistics with the first major activity targeted being the mount of a new Living Conditions Survey in December 2018. So we are making progress and with these changes, Guyana will meet international standards before 2020,” Benjamin concluded.