Home News Crime Man who hijacked car, abducted farmer and shot at cops—still on the... 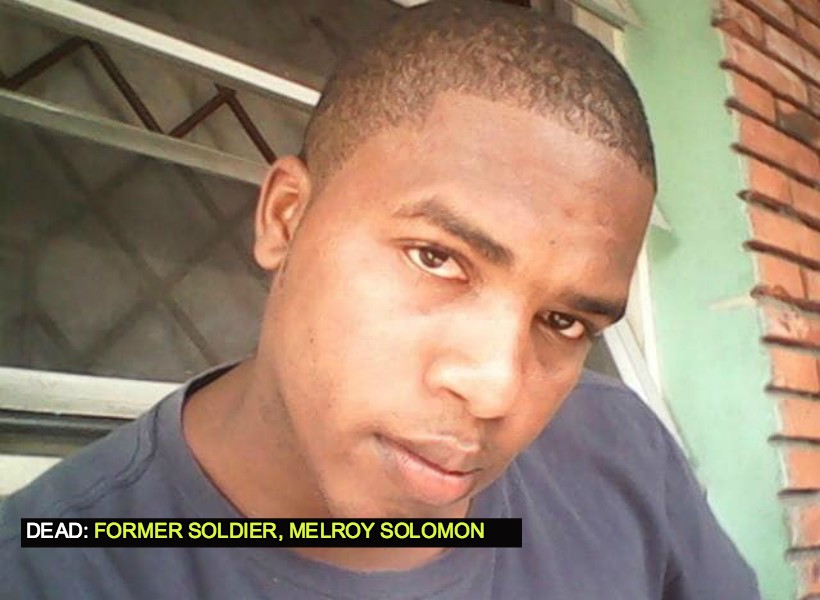 Up to late last night, ranks were hunting for a man, who along with his now dead accomplice hijacked a car, abducted a farmer and engaged lawmen in a shootout at Perth, Mahaicony on the East Coast Demerara (ECD) last Friday.

The dead gunman has since been identified as a former Guyana Defence Force (GDF) rank; Melroy Solomon called “Souce Mouth” of Titus Street, Agricola, East Bank Demerara (EBD). He was killed during an exchange of gunfire between him and police ranks.

His accomplice managed to escape in a taxi. Ranks however have received a detailed description of the escapee from the taxi driver, whose car was stolen and also the farmer, who was abducted at his farm in Esan and Jacobs Village, Mahaicony.’

The Guyana Standard was reliably informed that with the description given, ranks are said to be looking for an individual, who was charged on at least two occasions with armed robbery. Since Friday’s shootout, that individual is nowhere to be found.

Detailing what transpired, the ex-soldier along with the Agricola resident hired a taxi to take them to Seventh Street, Foulis, ECD. On arriving at the location, they robbed the taxi driver of his car and other personal belongings.

The matter was reported and police ranks along the East Coast Demerara (ECD) were alerted to look out for the vehicle.

Later that day, ranks in an unmarked vehicle intercepted the car at Mahaicony. Upon seeing the police, the suspects discharged several rounds at the ranks before escaping into Esan and Jacobs Village.

Reports are that the men even rammed into the side of the police’s vehicle with the stolen car in an attempt to slow the ranks down but they (suspects) were subsequently forced to abandon the vehicle after it got stuck in a ditch. The carjackers then escaped into the backlands.

According to information received, in the backdam, the suspects abducted and robbed a farmer of his clothing and demanded that he take them to the nearest road—on the back of the farmer’s horse.

This news agency was told that the farmer took the men to a street which led to the Mahaicony Public road. There, they boarded a taxi but was again, intercepted by the police ranks.

Reports are that the ranks demanded that the carjackers exit the car but the former soldier came out of the vehicle and started shooting at the police. The police ranks returned fire which subsequently led to the death of the former soldier.

The second suspect sped away in the car. The police believed that the men called one of their accomplices to pick them up while they were in the Backdam.

An unlicensed 32 semi-automatic pistol with four live rounds were recovered at the scene.