Home News Crime Pastor disappears after wife’s lover threatened to put him to rest in... 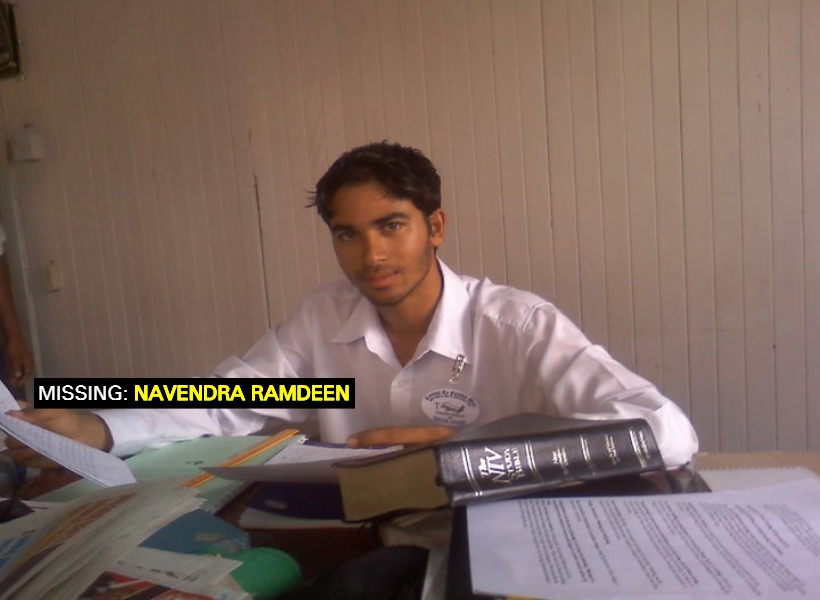 Today marks 16 months since a 28-year-old pastor disappeared and his mother, Limwattie Laljie, is suspicious of her former daughter-in-law and the woman’s new partner.

Navendra Ramdeen called “Rocky” of Mon Repos, East Coast Demerara (ECD) was last seen in August, 2017. His relatives were told that the young man, who is a missionary, went to one of the interior locations to do bible studies.

However, months passed and the father of two did not return home or called his relatives. The family became suspicious and their doubts grew even more when they found out that the pastor’s wife had moved another man in Ramdeen’s home just two weeks after he disappeared.

Further to this, his wife allegedly changed the names of his two children and sold Ramdeen’s belongings.

When this news agency made contact with Ramdeen’s mother this morning, she was at the doctor’s office. The woman claimed that her son’s sudden disappearance has taken a toll on her health. She maintained that her former daughter-in-law is responsible for her son’s disappearance.

“I saw my son in July 2017 when he came to help me do some painting. We went gaffing and he said that he find strange text message in his wife’s phone and when he questioned her, she didn’t give a proper explanation,” the woman recalled.

She further explained that her son claimed that messages continued coming to his wife’s phone despite him confronting her and pleading with her to cease such behaviour.

“My son say after the messages not stopping, he get vex and he break her phone. About two days later when he went going to the shop, a man stop he and threatened to put him in a septic tank to rest if he ever harassed his woman,” Laljie said.

That same individual who threatened Ramdeen is reportedly living home with his (Ramdeen) wife and children.

“I made a missing person report and I even beg the police to question his wife but they never did. They say how my son probably doing missionary work but he (Ramdeen) don’t ever stay away for so long and he does go with other people but this time, nobody knows about his whereabouts.”

The woman is pleading with the police to thoroughly investigate her son’s disappearance.