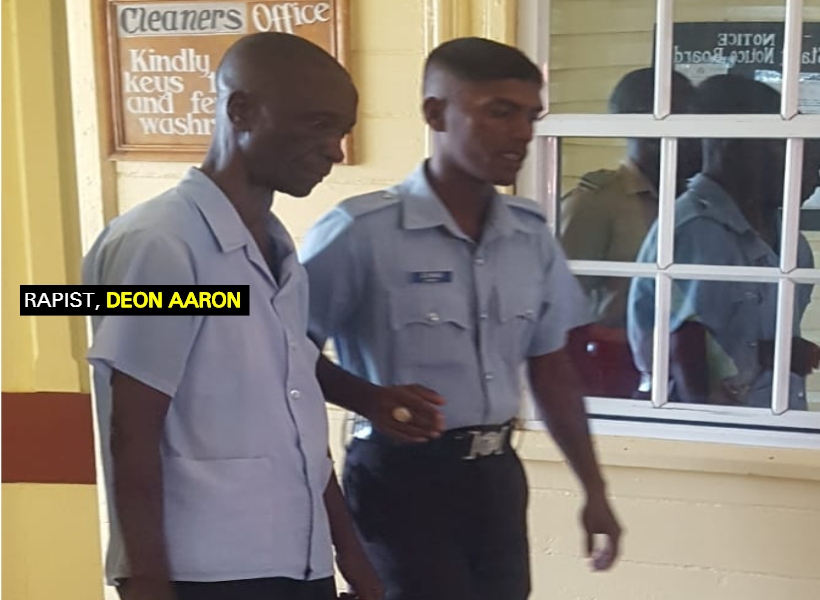 Maintaining his innocence, former policeman, Deon Aaron was this morning handed a life sentence for inserting his finger into the vagina of a toddler. About two weeks ago, Aaron,53, was convicted by a 12-member mixed jury of the offence.

The jury, after hours of deliberation found that between March 01, 2016 and October 20, 2016, Aaron engaged in sexual penetration with the three-year-old girl. The incident occurred on the East Bank of Demerara.

According to information, the little girl was left in Aaron’s care when he violated her by inserting his finger into her vagina. Upon returning home, the girl complained to her mother who reported the incident to the police.

Investigations were carried out and Aaron was arrested and charged. Aaron, accompanied by his Attorney-at-Law Maxwell McKay, returned to the High Court in Georgetown this morning where the sentence was passed by Justice Jo Ann Barlow.

Despite the jury’s verdict, Aaron has maintained his innocence. When asked by the court if he had anything to say, Aaron noted, “I am innocent of this.”

However, Justice Barlow told Aaron that he had already been found guilty of the offence and that the court is not concerned with the lack of remorse shown by him. In the circumstances, she imposed the life sentence, and informed Aaron that he does not become eligible for parole until after serving 20 years.

The judge also ordered that Aaron be exposed to any programmes facilitated by the prison service for persons who have been convicted for sexual offences. The case for the State was presented by Prosecutors Tiffini Lyken and Seeta Bishundial.