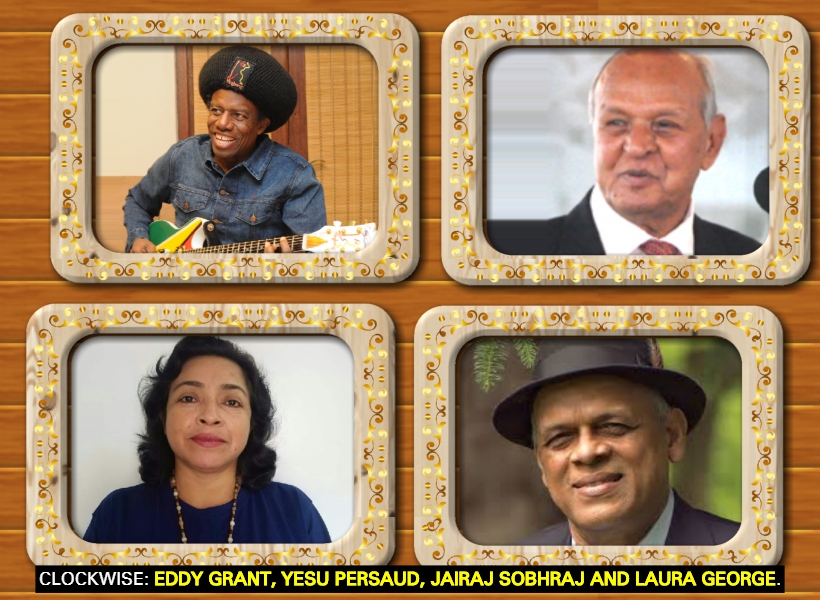 Four prominent Guyanese have been bestowed with honorary doctorates compliments of the University of Guyana (UG).

The inaugural undertaking came as a result of the recommendation of UG’s Academic Board – the University Council – at its 2018 Annual Business meeting where moves were made to adopt the proposal to confer the university’s first honorary doctorate degrees upon four outstanding Guyanese.

The four Guyanese received their doctorates yesterday at the 52nd Convocation of the Turkeyen campus held at the National Cultural Centre.

In commenting on this milestone in the 55 years of the institution, Chancellor of the University Professor Eon Nigel Harris said, “The recognition of individuals who have distinguished themselves through their diverse accomplishments and exemplary service with the award of honorary degrees is a University tradition that dates to the middle ages.”

“I share the delight of our University of Guyana in initiating these awards. It represents yet another step in the transformative growth of our University. The honorary degree recipients…conferred with the Doctor of Letters (DLitt), have all made their mark in their respective fields of music, business, philanthropy and Indigenous rights,” said Professor Harris.

The graduation was characterised by three ceremonies. At the first ceremony, which commenced at 09:00 hours, music icon, Edmond (Eddy) Grant was honoured for excellence in music and civic engagement while business mogul, Yesu Persaud, was honoured for iconic leadership in business and banking.

Meanwhile, at the second ceremony at 13:00 hours Mr Jairaj (Jay) Sobhraj was honoured for excellence in entrepreneurship and philanthropy, while Ms. Laura George was conferred at the third ceremony, which started at 17:00 hours, for outstanding community development and advocacy.

The honorary doctorates were bestowed in accordance with the University’s Act, Section 18 (e) which grants the University the legal authority “to confer Honorary Degrees and other distinctions, provided that all degrees and other distinctions so conferred shall be conferred and held subject to any provision which are or may be made in reference thereto by the university”.

Moreover, one of the powers of Academic Board under Statute 15:2 (d) is “to make recommendation to the Council with respect to the award to any person of an Honorary Fellowship or Honorary Degree or title of Professor Emeritus’’.

The proposal to honour the four outstanding Guyanese had successfully passed through all previous vetting procedures. University Vice Chancellor Professor Ivelaw Lloyd Griffith noted that “This historic conferral is part of the Renaissance pursuits of the University, which entails rebuilding and rebranding the University, central to which is celebrating exemplars of excellence in order to inspire young and not-so-young citizens. I am honoured to have the opportunity to place the spotlight on these four outstanding citizens.”

The honourees were among the more than 1,600 students from the Faculties of Agriculture and Forestry, Earth and Environmental Sciences, Education and Humanities, Engineering and Technology, Health Sciences, Natural Sciences, Social Sciences, and the School of Entrepreneurship who were conferred with degrees, diplomas and certificates today.