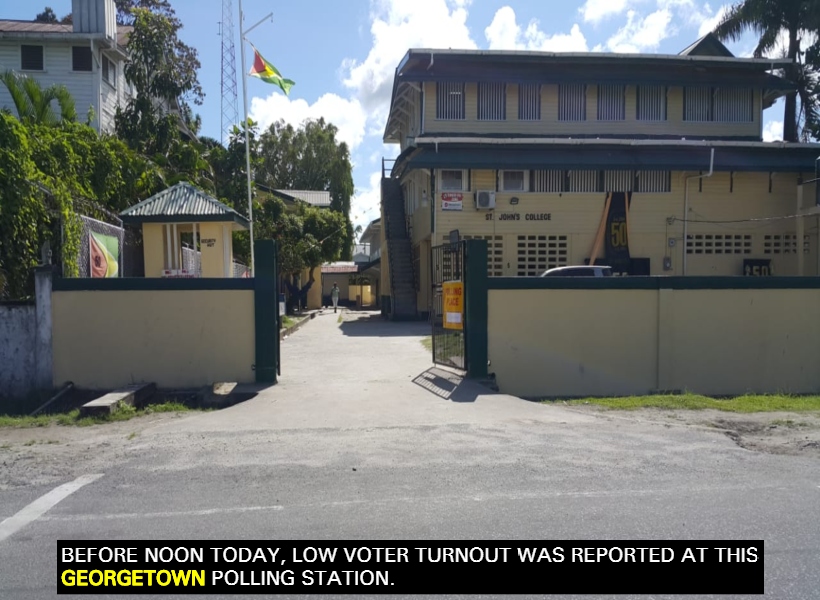 Today is Local Government Elections (LGE) and based on the reports, thus far, coming out of some polling stations – mainly school buildings, across the country, voters’ turnout has been low.

The Private Sector Commission (PSC), in recognition of the importance of LGE to the democracy, is urging all employers to release their staff so that they can exercise their franchise by casting their votes.

The PSC is also urging all Guyanese to go out and vote for the candidates of their choice.  “The right to vote is a privilege for which forefathers fought and paid dearly. Let us not waste their sacrifices,” the PSC has appealed.

The PSC has deployed observers around the country at selected polling stations and has established an operations centre at the PSC’s Waterloo Street, Georgetown office.  The operations centre is being manned by Gerry Gouveia Jr. and Major General Ret’d, Norman McLean.

Reports suggest too that the Ambassadors of the ABC countries are expected to visit the operations centre at various intervals for briefing. As such the PSC has noted, “Your reports and observations would be very useful and important.”