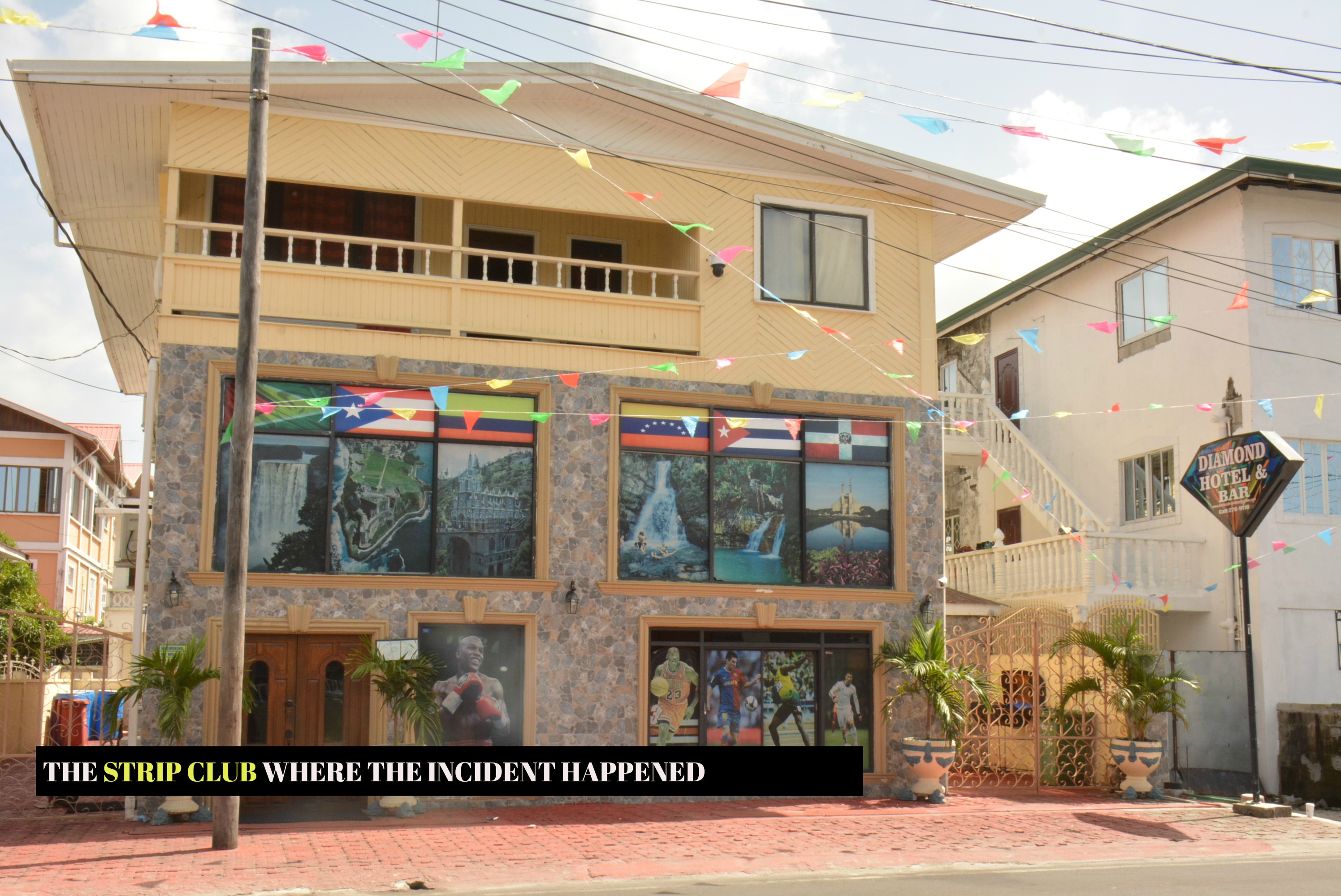 The owner of a popular Strip Club is under fire for punching a policeman to the neck during a raid at his Werk-En-Rust premises last Friday.

The policeman was at the time, carrying out a raid at the strip club after reports surfaced that the owner has been abusing foreign nationals working at his business place.

According to information received, the businessman and his workers along with an associate from Venezuela would deceive desperate women in the neighbouring country with promises of job offers that included being a waitress, cook, domestic worker or babysitter.

On arriving, this news agency was told that the women’s documents were seized. They were subsequently forced into prostitution.

The Guyana Standard was told that two Saturdays ago, four women were intercepted on the East Coast Demerara (ECD) in the company of another businessman. They were taken to the Police’s Eve Leary headquarters where they revealed their horror stories.

Two of the women told the police that they were forced to escape from the club after being abused and forced into prostitution. They claimed that their employer at the club even threatened the lives of their relatives in Venezuela.

A police source said that the woman claimed that after escaping, they caught up with the East Coast Demerara businessman who provided them with a place to stay.

According to information received, the ECD businessman decided to assist by paying the club to free two other women.

“The four women are friends so after the first two escaped, the businessman decided to help the other two women so he had to pay for their freedom,” a police source said.

It was this revelation by the women that led to cops raiding the strip club on Friday.

When this news agency visited the area on Saturday, persons who witnessed the incident claimed that when the police arrived, they called out for the Club owner and proceeded to read a blue paper to him. The blue paper is believed to be a search warrant.

This reportedly angered the businessman and caused him to almost immediately attack the policeman who was reading the information to him.

“This man (businessman) came out and started behaving arrogant and attacked one of the policemen. He scrambled the police and punched him,” one of the eyewitnesses told this news agency.

The assaulted cop has been identified as Detective Inspector Prem Narine. Narine, however, could not have been reached to verify that he was indeed attacked by the businessman.

The police’s Public Relations Officer, Superintendent Jairam Ramlakhan when contacted, said that he was not aware of the incident.

The Guyana Standard has been informed that it was the same policeman who raided the businessman’s place twice already and found him with an illegal gun and over 40 illegal foreign nationals.