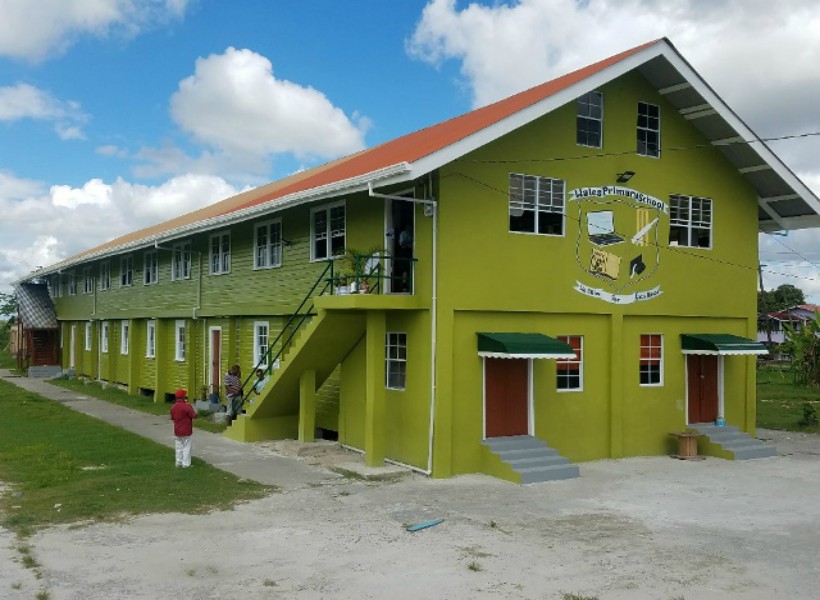 Wales Primary School, located on the West Bank of Demerara in Region Three, has received a $14Million upgrade.

More than 50 windows were replaced, the entire wooden front wall was removed, a concrete structure reinstated, and defective concrete columns were replaced by steel posts.

Regional Executive Officer (REO), Denis Jaikaran, in an invited comment, said “…It was in June when I spoke with the members of the community and gave assurance that Wales Primary School would receive an overhaul. Well, today we have what I will term a new school and I will ask that the direct beneficiaries care the building.”

Headteacher of the institution, Florence Batson noted that “no teacher or child should be existing in an environment that is not conducive to learning and that was the situation at Wales Primary for years. We had to improvise on countless occasions and today I am happy with the complete rehabilitation that was received… Our first visit to the REO’s office resulted in his attending our PTA meeting where he indicated that work will be done and today that work is completed. I must thank the REO wholeheartedly for responding to our calls.”

The school currently has an enrollment of 261 pupils with eight teachers and a Graduate Headteacher.