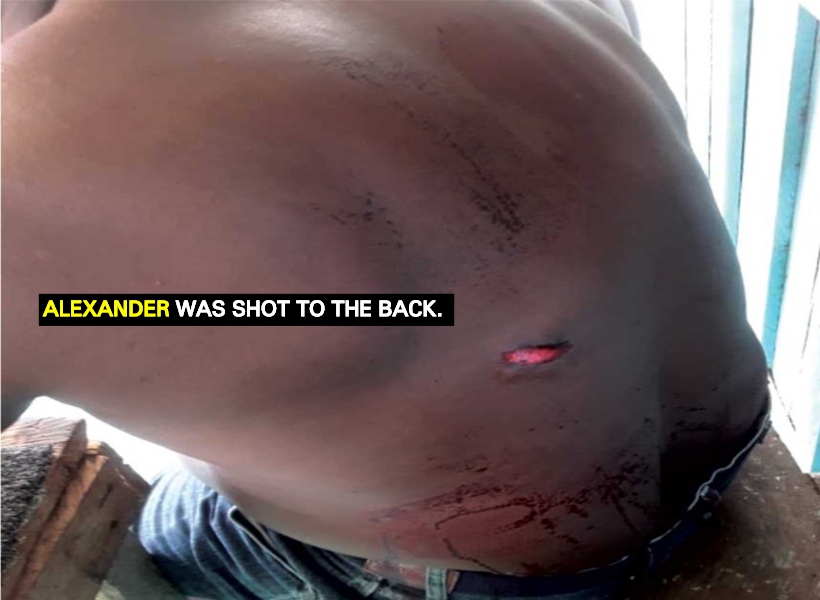 A Venezuelan gang called “Sindicato” which has been terrorizing Guyanese miners for the past two years, opened fire on a vessel in the Cuyuni River, near Butanuamu Creek Point yesterday, injuring a local policeman.

The armed gunmen were on the Venezuelan side of the river when they demanded that the captain stop the boat. When the man refused, they immediately opened fire at the vessel which was transporting passengers.

The Police Corporal who has been identified as 38-year-old Quincy Alexander, is stationed at Eteringbang Police Station. He was at the time travelling in the boat when he sustained a gunshot wound to his back.

Alexander, who was heading to the joint services base which is located a short distance from where the incident occurred, is currently receiving treatment at the Georgetown Public Hospital Corporation. He is in a stable condition.

For the past two years, the Sindicato gang has been robbing and attacking Guyanese miners. They have been demanding that the miners pay a percentage of their earnings to them.

Additionally, the Guyana Standard has been informed that the heavily armed gang has been demanding a toll from boat captains to traverse the river that is close to the Venezuela border. If the captains refuse, the gang would open fire on them.

In March last, a group of miners called on the government to increase the presence of police ranks and soldiers near the Venezuela border to prevent the gang from coming into the country and harassing citizens.

The miners claimed that for January and February, last, more than 100 miners were held at gunpoint and robbed by the heavily armed Spanish gunmen. The Sindicato gang also appears to be moving in areas where military troops are not present.

There have been a number of attacks in the Cuyuni River which is the main waterway for Guyanese miners to take their supplies of fuel to camps.

In January last, there was a graphic video being shared on social media which showed a Guyanese miner, Romaschindo of Hosororo, Region One being beheaded by a group of Spanish speaking persons.

In the video, the young miner, who was bound, had his ears chopped off by a man with a huge knife. One of the killers, holding a machete, then repeatedly hacked at the young miner’s head. No one has been arrested as yet.