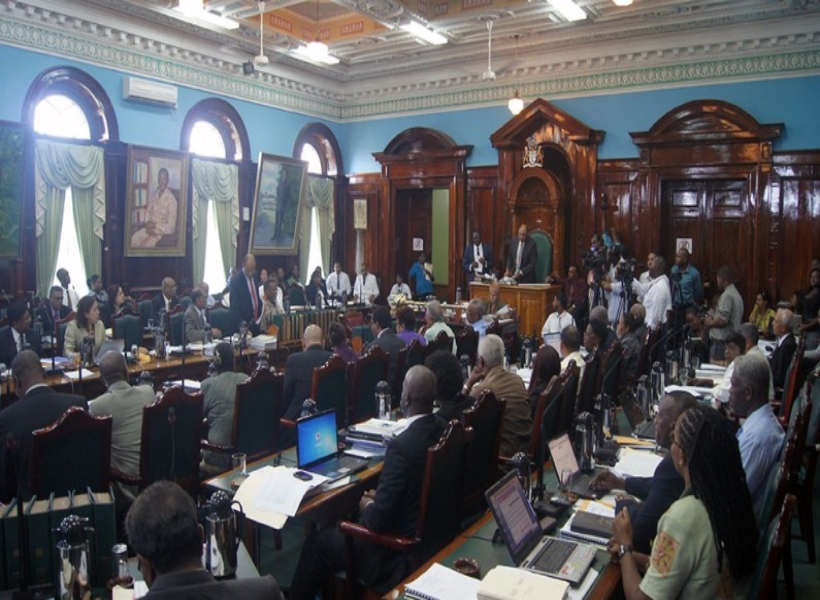 Leader of the Opposition, Bharrat Jagdeo, is calling on the Speaker of the House, Dr. Barton Scotland, to “stand up” to the Government by prioritising the No-Confidence Motion in the National Assembly.

Jagdeo, who is also the General-Secretary of the PPP/C, further believes that supporters of the No-Confidence Motion against Government are “true patriots”, even if they happen to be Members of Parliament on the other side of the house.

Jagdeo made these statements this morning (November 19) during a press conference held at his Church Street Office.

Speaking on the recently lodged No-Confidence Motion, Jagdeo said that he would not consider Government MPs to be “sellouts” if they supported the motion. Rather, he said, “Having seen their [the Government’s] manner of management, the corruption, where they are taking our country, I believe it is the civic duty of all the members on that side – or most of the conscientious, decent ones – to vote in favour of this No-Confidence Motion. It wouldn’t be a sellout; it’d be the ultimate act of patriotism.”

Furthermore, Jagdeo said, the current administration has reportedly decided on when they would like the motion to be debated. However, he said, this is a matter for the Speaker of the House, who is the head of the legislative branch, to decide. “We are hoping that the decision will be made and the matter will be debated prior to the budget,” Jagdeo revealed.

He emphasised that once the motion is filed it takes precedence over other issues. “We hope that the Speaker will stand up to any attempts by the executive because I’ve heard they’ve [the Government] decided on a date and they want to tell the Speaker which date he should give for the No-Confidence Motion…they want that done in December, after the budget,” Jagdeo said. He continued, “We will be watching carefully to see how the Speaker acts in this matter because it’s not the executive that makes that decision; it has to be the Speaker.”

The Opposition Leader stressed that the Speaker has not just a duty to the Government but to all parliamentarians and that he should therefore exercise that duty fairly and impartially. “We expect the Speaker to not depart from what is international practice and norm in relation to a no-confidence motion…if the Speaker were to depart from those international norms, then it would not be good for democracy and, I think, for his own credibility.”

News of the No-Confidence Motion by the Political Opposition broke last week Thursday, with Jagdeo declaring that the motion was one which sought to protect Guyanese from the current administration. Interestingly, this was one point raised by the then Opposition in 2014 when a No-Confidence Motion was filed against the long-reigning PPP/C Government. With a one-seat majority, all Members of Parliament would have to be a part of the debate to ensure the non-collapse of government this time around.