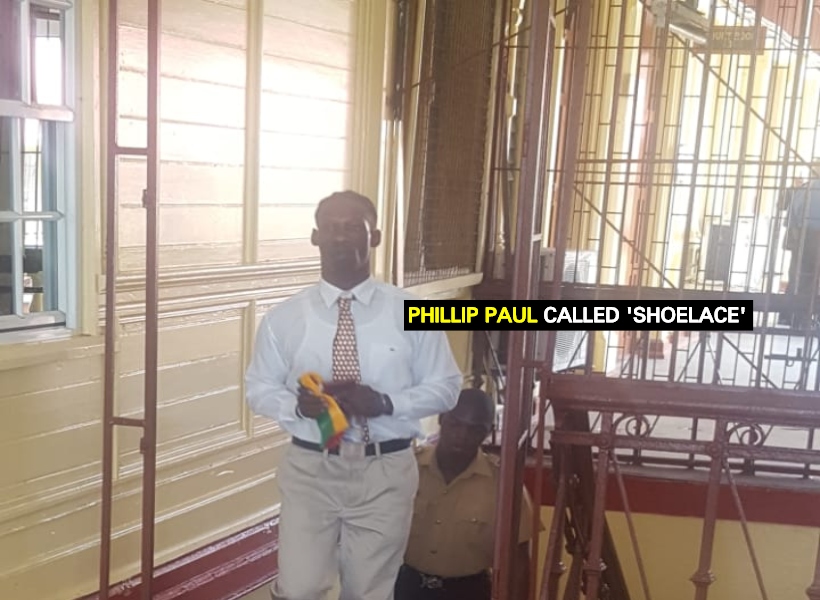 Paul, who was represented by Attorney-at-Law Damion DeSantos, was on trial before Justice Sandil Kissoon at the High Court in Georgetown where Prosecutors Lisa Cave and Orinthia Schmidt called several witnesses to the stand.

Following the guilty verdict, Attorney DeSantos requested that a probation report be prepared on behalf of his client. Hence, Justice Kissoon deferred sentencing for Paul until December 03, 2018 at 15:00hrs. Paul murdered Ramsahoye between December 8 and 9, 2012 at Annandale, East Coast Demerara.

The 38-year-old businessman was found dead in his Droom Street, South Annandale residence with multiple stab wounds about his body. A post mortem examination later concluded that the man died from haemorrhaging and shock due to massive blood loss.

During the trial, the court was told by Detective Inspector Adams that during an interview with Paul, he told detectives after his accomplice killed the businessman he gave him $60,000, while they were on the East Coast of Demerara Line top.

According to the police witness, Paul told him that the friend (his accomplice) called “Tall Man” told him they were going at a house. Inspector Adams said Paul told him, “Tall Man raise up the barbwire and we jump in the yard. We see the man (Kamal) and we stash we body. Then we left and went inside and left the door open.

We went inside the house and hold on he (Kamal). I hold on to his hands because he was fighting back. Tall Man pulled out a knife and I tell he don’t bore the man. And he (Tall Man) said the man see he face and start stabbing the man (Kamal) and the man fall down in the house.”

Inspector Adams said that the murder accused told him that he and his accomplice removed monies from the man’s house after which they jumped through the window and left for the Line top where Tall Man gave him $60,000.

The Police witness recounted that Paul elected to gave a written statement, and that same was documented by him.