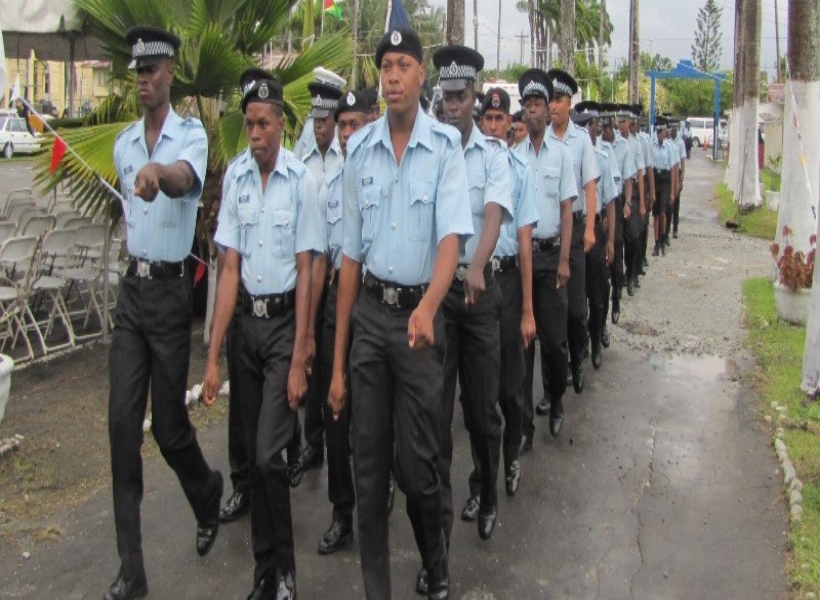 In an effort to ensure that there is a secured shopping environment this Christmas season, the Guyana Police Force will be boosting patrols in all the busy areas throughout the country.

Starting with ‘A” Division—one of the busiest divisions in the country—Commander, Marlon Chapman explained that Georgetown will be divided into seven sections with a senior officer assigned to each subdivision.

The areas that will be covered span from Agricola, East Bank Demerara (EBD) to Sophia, Georgetown. Booths will be set up in some areas where reports can be made, and there will be an increase in foot and vehicle  patrol.

Chapman said that foot patrol will be conducted from 07:00hrs to 12:00hrs and 13:00hrs to 19:00hrs. This will be further heightened from December 22 until December 31 to facilitate late shopping. Additionally, there will be two trucks to tow vehicles that are illegally parked around Georgetown.

Meanwhile, “C’ Division, Commander Calvin Brutus revealed that additional ranks have already been deployed to all the banks, shopping malls, markets and all the other busy shopping areas throughout the East Coast Demerara.

“We have ranks at Plaisance, Mon Repos, Enmore, Mahaica/Mahaicony and all the busy areas,” Brutus said. The ranks are present in these areas from 08:00 hrs to 18:00 hrs. However, the time will be extended once late shopping starts.

The Guyana Standard has been informed that citizens are likely to see more police ranks on patrol duties in their areas.

There will also be heightened security in Bartica which falls under the “F” Division and is headed by Commander, Kevin Adonis. With citizens preparing to shop for the festive season, Adonis said there will be routine patrol. Police presence will also be in Riverine areas along Bartica.

If large withdrawals have to be made, the commanders have asked that persons take security personnel along for safety.

Most importantly, business owners are advised to have working surveillance cameras at their businesses. Crime Chief, Lyndon Alves said that proper surveillance system can provide great assistance to the police should a crime occur.

“Please acquire your equipment from reputable companies and employ the right person to connect your devices,” Alves advised. He encouraged business owners to avoid installing dummy cameras to scare off thieves.