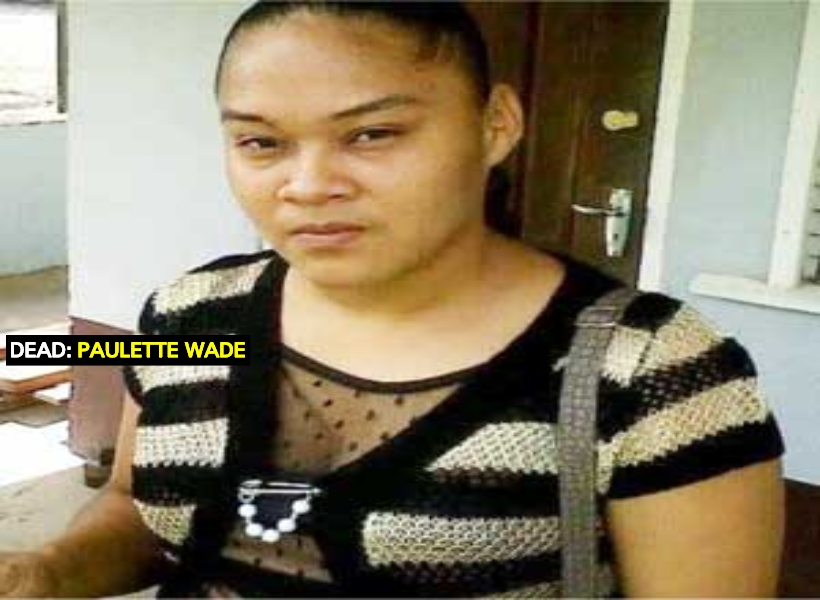 It will soon be a month since 37-year-old Paulette Wade, a midwife at Kwakwani, Region 10, was murdered. And despite reaching a dead-end with the case, investigators in Linden seem convinced that justice will be served.

Wade was found dead in her Kwakwani Park home around 06:30 hrs on October 27, last by her seven-year-old daughter. Initially, it was thought that the woman might have collapsed and died from natural causes but a post mortem examination showed that she had been beaten and strangled.

Wade’s daughter told the police that just before she discovered her mother’s body, she heard her calling out for the name, “Delon.” In addition to this, the child claimed to have witnessed a “dark-skinned man” kicking her mother.

This morning, a police source revealed that all the “Delons” in Kwakwani were arrested and subsequently released after their alibi checked out.

In fact, the source said that the probe is still active with a team of investigators currently travelling to revisit the crime scene. The ranks will spend the night in Kwakwani before travelling back to Linden tomorrow morning.

“We have exhausted all possible leads in this case. We spoke to neighbours and everyone in the area but like people do not want to talk and that is our biggest challenge right now. We are hoping to get a fresh update today” the source said.

The Guyana Standard has been informed that six persons, including a female were arrested in the initial stage of the probe but they were all released on station bail. The deceased reportedly shared a relationship with the woman’s husband.

The five males who were arrested included the midwife’s love interest and persons she hired to work at her home.