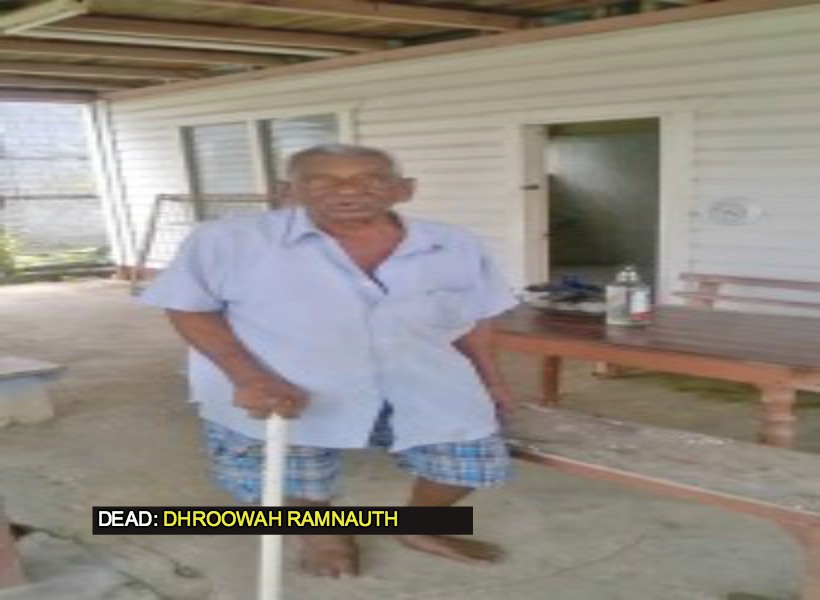 Investigators have arrested a male suspect in the murder of 88-year-old Dhroowah Ramnauth, whose bound body was found last night in the kitchen of his Triumph, East Coast Demerara (ECD) home. The suspect is said to be in his early 20s. He is currently assisting the police ranks with their investigation.

According to information received, the body of the elderly man who operated a grocery shop at his premises, was discovered by a neighbour. His hands were bound and his head had been smashed in. A piece of rock was found next to his body—leading investigators to believe that his attacker(s) used the stone to murder him. Robbery is believed to be the motive for the killing of the 88-year-old man.

The Guyana Standard has been informed that the elderly man lived at the property alone. Most of his relatives are said to be residing in the United States of America. Reports are that the deceased had been robbed several times in the past. A neighbour explained that after she did not see the elderly man, she asked her son to check on him.