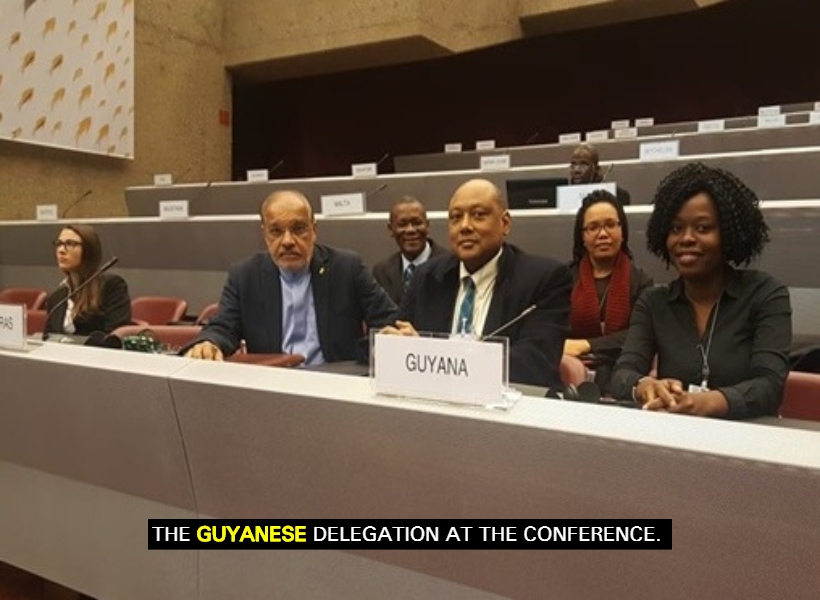 In recognition of the strides that has been made in implementing the Minimata Convention, Guyana has been nominated to serve on the Bureau of the Conference of Parties to the Minamata Conference on Mercury 3 (COP 3).

Project Officer in the Ministry of NatuSral Resources, Marisica Charles, has been elected as one of the two vice-presidents from the Group of Latin America and Caribbean countries (GRULAC). Charles now joins Vice-President Maris Del Mar Solano from Costa Rica as the GRULAC’s representatives and two members each of the UN for other regions. COP 3 will take place in Geneva, Switzerland from tomorrow, November 25 th to 29 th 2019.

The Bureau members are tasked to represent their regions and individual countries and parties’ interests as it relates to the implementation of the Minamata Convention.

This election has catapulted Guyana’s position and commitment to the implementation of the Minamata Convention on Mercury, the protection of people’s lives and livelihoods, and the sustainability of the environment.

The COP 2 conference, which ran from November 19 to 22, saw in attendance a five-member delegation from Guyana comprising of the Minister of Natural Resources, Hon. Raphael G.C. Trotman; Ambassador and Permanent Resident of Guyana to the United Nations and Office and Other International Organisations at Geneva and the WTO, Ambassador Dr. John Deep Ford; and representatives from the Ministry of Natural Resources, the Guyana Geology and Mines Commission and the Environmental Protection Agency.

Over the five-day period, the delegation participated in the Plenary and Contact Group discussions for the adoption of articles and agenda items aimed towards the phased and total elimination of the use of mercury in all activities, and specifically for Guyana in the Artisanal Small-Scale Gold Mining (ASGM) sector.

Guyana signed and ratified the Minamata Convention on Mercury in October 2013 and September 2014 respectively. The Minamata Convention on Mercury is an international treaty designed to protect human health and the environment from anthropogenic emissions and releases of mercury and its compounds. The Convention came into force on August 2017. At the Conference of Parties 1, held in September 2017 in Geneva, Switzerland, His Excellency, President David Granger affirmed Guyana’s position and commitment to the elimination of the
use of Mercury by 2027.

The Ministry of Natural Resources continues to recognise the environmental and human health risks of mercury use and pollution. Moreover, a National Working Group has been reconstituted as of August 2018 and currently has been reviewing the draft National Action Plan with stakeholders giving comments and inputs on how it can be completed.