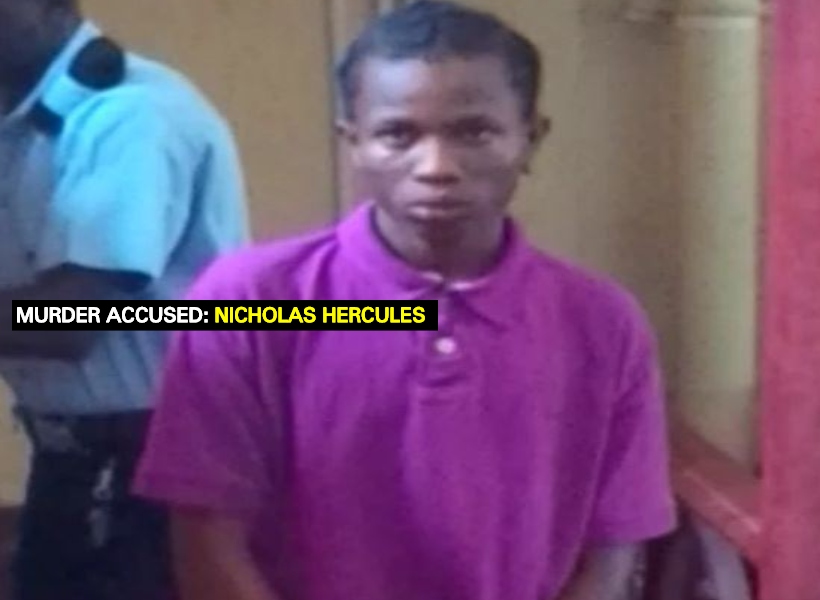 This morning, 21-year-old Nicholas Hercules appeared at the High Court in Georgetown and pleaded not guilty to a charge which alleged that on April 01, 2015, he murdered Carlos Solomon, his relative.

Prosecutors Lisa Cave and Orinthia Schmidt are presenting the case for the State.  According to reports, on the day in question the murder accused and Carlos were involved in a heated argument. It is alleged that during that time, Nicholas pulled out a knife and stabbed Carlos in the region of his heart.

The injured man was pronounced dead on arrival at the Georgetown Public Hospital Corporation (GPHC). It was reported that Nicholas was nabbed at the Alberttown Police Station where he went to report the matter. However, police ranks were forced to chase after him after he was informed of Carlos’ demise.

An Attorney-at-Law, who represented Nicholas at the Preliminary Inquiry (PI) stage, had told the court that his client acted in self defence. The lawyer had claimed that Carlos inflicted injuries to his client’s right knee with the said knife.