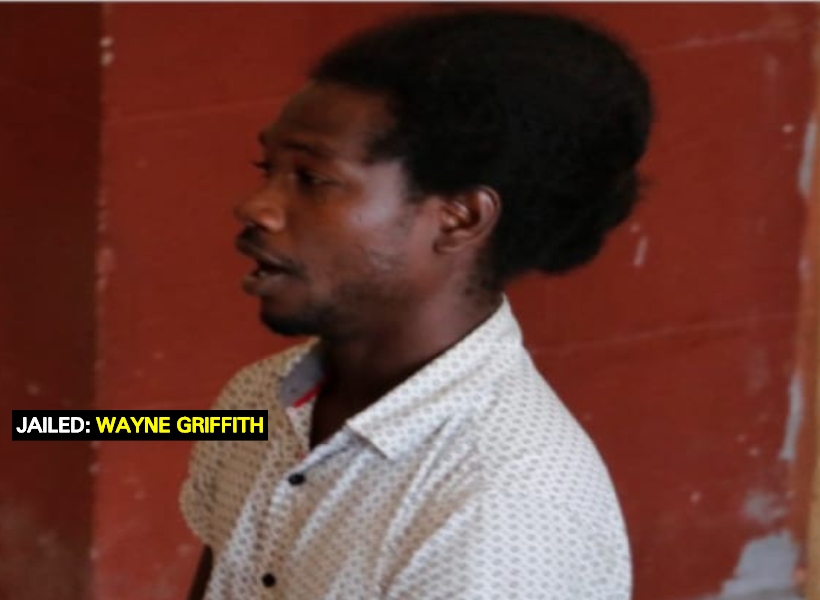 “Your honour just skip the long, long reading and just sentence me because you ain’t making no sense. You watch the video twice and see me and I watch it twice and ain’t see me. Look just sentence me fast,” were the words of Wayne Griffith before he was sentenced to 60 months imprisonment for robbing the Princess Casino two years ago.

It was alleged that the three, while being in company of each other and armed with guns, robbed Daniel Roberts and Alfea Gajadhar of $8,951,000 – property of the Princess Casino.

However, the matters against Stuart and Blackman were dismissed by the Magistrate citing that insufficient evidence was led against them by the Prosecution.

The Magistrate, in ruling this morning, told the court that she is satisfied beyond reasonable doubt that Griffith was the one seen on the video footage which was presented in court.

She added that she also believed the evidence of the Prosecution witnesses which was led by Police Prosecutor Shellon Daniels.

While the Magistrate was reading over the evidence of the witnesses to the court, Griffith, who was slouched in a chair, interrupted the Magistrate twice by shouting, “just sentence me fast. You talking too long.”

When told by the court orderly to be quiet, Griffith responded by saying “All y’all f#*k off”.

The Magistrate, after telling Griffith that he was found guilty of the charge, asked him how old he was and he responded, “ I have nothing to say to you just sentence me and let me go.”

Magistrate Latchman, in ruling, told the court that she considered the fact that a weapon was used to carry out the offence and innocent people were harmed during the ordeal, hence she sentenced him to 60 months imprisonment.

Griffith, upon hearing that he was sentenced, turned to the Magistrate and shouted, “So that’s how many years?”

The Magistrate replied, saying five. Griffith then said, “I will see you again Judy.”

It was reported that Griffith and two other individuals, all armed with guns, entered the Princess Casino and discharged several rounds, injuring persons in the process.

The gunmen held a cashier at gunpoint and made off with local and foreign currency.

Griffith was arrested and taken into custody after he was reportedly trapped in the Casino.