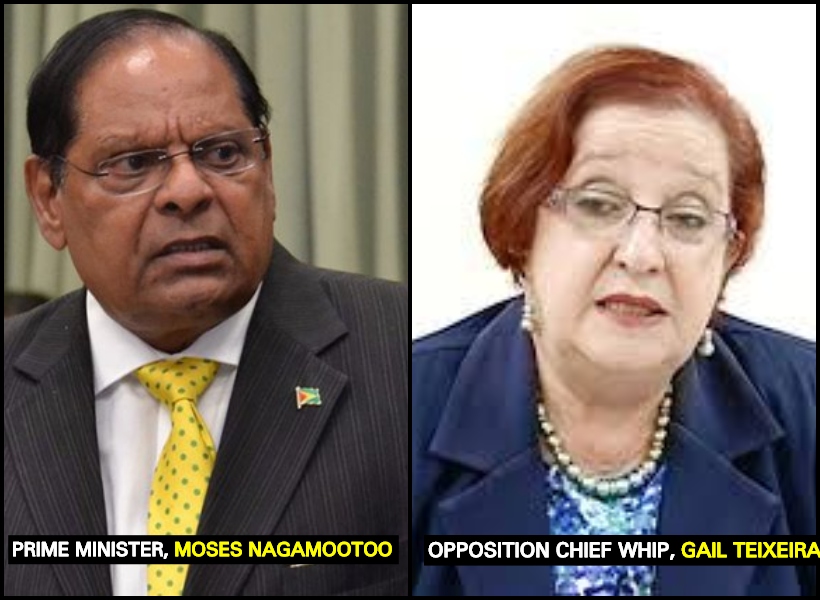 The People’s Progressive Party/ Civic’s (PPP/C) Parliamentary opposition has objected to the limited days forced upon the Committee of Supply by the Coalition Government for the consideration of Budget 2019.

Opposition Chief Whip, Gail Teixeira took the floor on a point of order. She told the House that the timings were decided on long ago and the opposition has no objections there. However, Teixeira objected to the five days citing that there are provisions for more to be allotted.

The Chief Whip quoted Standing Order 73 (1) which says that there should be alloted a maximum of 7 days for considerations of the estimates of expenditure in the Committee of Supply.

Teixeira said that in the 10th Parliament, the  PPP/C government proposed 5 days for deliberation and the then APNU and AFC opposition cried and demanded seven days.

She said that in accordance with the standing order and the practice of the house from 1992 until 2015, the opposition wishes seven days to be given for the consideration of Budget 2019. Teixeira then proposed an amendment of seven days taking it to December, 17.

However, Nagamootoo, the mover of the motion, told the House that he would like the motion to be carried without amendments. The motion was carried, the opposition now has to work within the confines of the allotted five days.