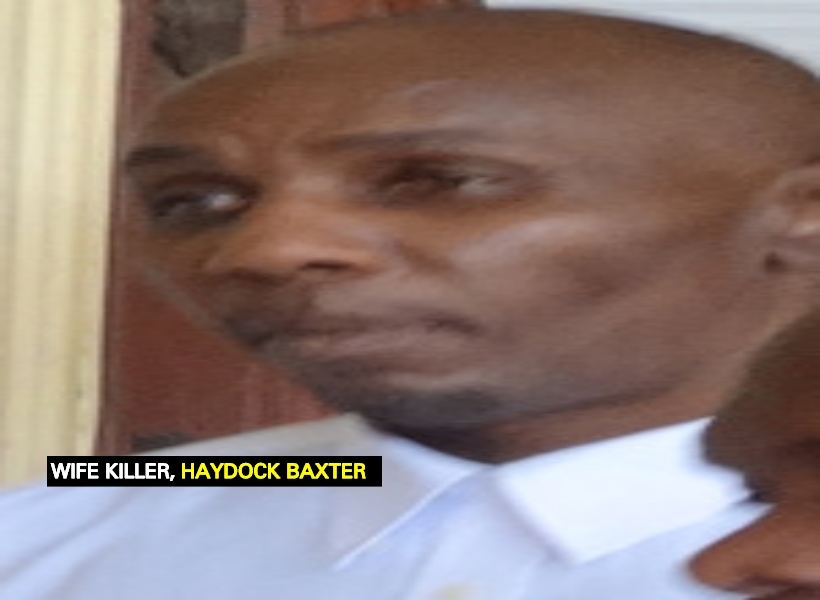 The Court of Appeal this afternoon upheld a 20-year jail sentence imposed on Haydock Baxter.

In 2014, Baxter had pleaded guilty to the lesser offence manslaughter, admitting that on October 09, 2006, he stabbed his wife to death outside the Camp Street, Georgetown Prisons.

Based on reports, Baxter fatally stabbed 48-year-old Carol Braithwaite-Baxter after she had refused to go with him to sign divorce papers.

On the day in question, the woman had visited the prison to take food for her eldest son, who was an inmate. She was in the company of another son.

Baxter approached his wife and demanded that she leave with him, but the woman refused, saying that she wanted to take her son’s food first.

The man became angry and whipped out a knife which he used to stab his wife thrice. The injured woman succumbed days after while receiving treatment at t he Georgetown Public Hospital Coporation.

Following the 20 years prison term which was handed down by Justice Dawn Gregory; Baxter, through his Attorney-at-Law, filed an appeal arguing that the sentence was excessive.

Hearing the appeal this afternoon was Chancellor of the Judiciary (ag) Yonette Cummings-Edwards, Justice of Appeal Rishi Persaud and High Court Judge Brassington Reynolds. Senior State Counsel Mercedes Glasford argued that the sentence imposed on Baxter was not excessive and cannot be deemed wrong in principal.

According to the Senior State Counsel, the trial judge also took into consideration that Baxter had previous antecedents, and also his habit of constantly abusing his wife. She added that the trial judge considered a probation report in favour of Baxter and mitigating factors.

When asked by the acting Chancellor if he had anything to say, Baxter who had no legal representation told the court that he will be thankful for whatever decision is made by the court. “I will have to do the time,” the killer added.

Thereafter, the court went into recess for about 20 minutes, after which the judges returned with a ruling. Delivering same was the Chancellor, who pointed out that Baxter’s argument of severity was considered by the court.

The Chancellor dismissed the appeal on the grounds that the sentence was not excessive and cannot be deemed wrong in principal. She noted that the trial judge considered all the circumstances related to the case, and exercised her discretion. As such, she said that the 20 years jail term imposed on Baxter was justified.