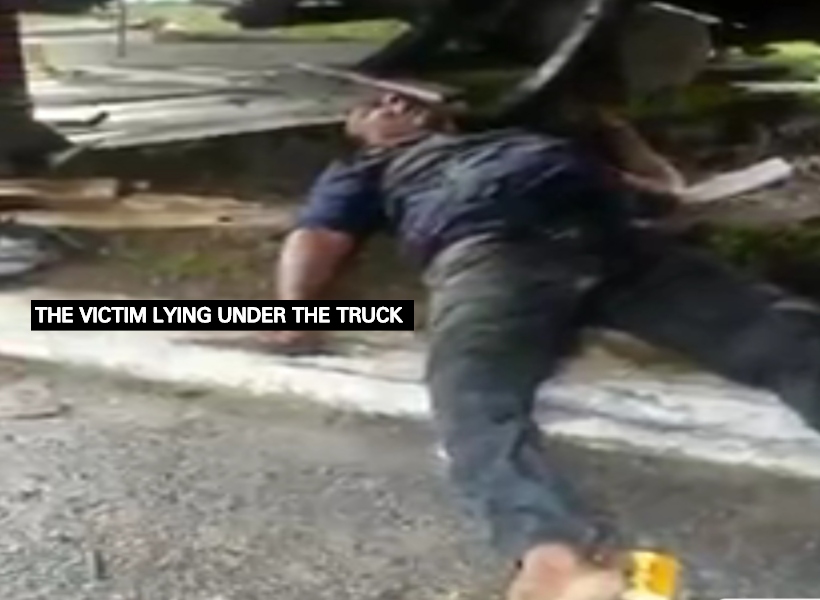 A Herstelling, East Bank Demerara (EBD) man was killed this morning when he reportedly rode in front of a container truck at Rahaman’s Park, in the vicinity of where the annual Christmas Tree light up is held annually.

The deceased has been identified as 64-year-old Seeram Seecharran. He died at the Georgetown Public Hospital Corporation.

Both the victim and the container truck, GWW 7629, were heading to Georgetown at the time of the accident.

According to information received, the deceased attempted to ride across the road when he was struck down. Unable to stop in time, the driver of the truck attempted to swerve away from the pedal cyclist and ended up colliding with the Christmas tree.

The left side of the truck struck Seecharran. In a video circulating on social media, the deceased can be seen lying under the truck—panting for breath. An ambulance took him to the hospital.

Eyewitnesses told traffic ranks that the deceased rode in front of the truck. The driver, however, was taken into custody.