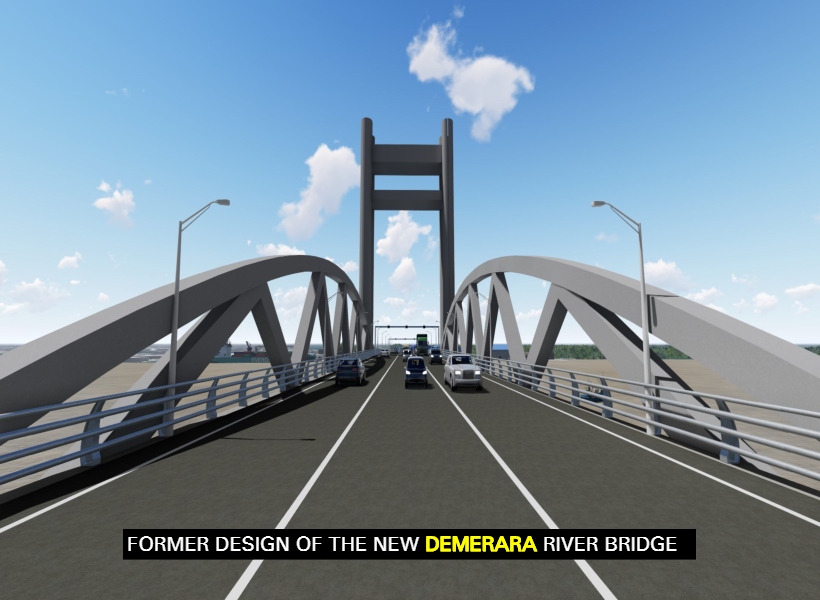 Opposition Leader, Bharrat Jagdeo has slammed the infrastructural allocations in the 2019 National Budget saying that many major projects will have feasibility studies done instead of actual infrastructural works.

During his weekly press conference at his Church Street office, Jagdeo called out the Government for “duping” the Guyanese public by giving the impression that significant infrastructural works will be undertaken in 2019 or any time soon. In particular, he called out the Government on its new approach to the New Demerara River Bridge (NDRB), saying that the project has been mired in corruption and will not be realised in the near future.

On Monday, Finance Minister Winston Jordan revealed that Government has restructured the bridge’s design to that of a four-lane, non-retractable, high level bridge. Government, Jordan said, has also sought technical support from the Caribbean Development Bank (CDB) to finalise the revised terms of references, which will be released before year-end. The sum of $100M has been allocated to finance the services of technical experts, Jordan said.

In response, Jagdeo said that he could not understand how Government could proceed and announce a new model when a feasibility study is yet to be conducted, especially since the previous three-lane model had undergone a feasibility study and had been widely circulated and defended. “I don’t think the CDB will want to touch this project with a long stick because it is so mired in corruption…this is another hustle; it’s not going to happen,” Jagdeo said.

However, the Opposition Leader did not only have harsh words for the NDRB project but for a number of infrastructure projects in the Government’s pipeline. He said these projects are also “all studies” for 2019.

According to Jagdeo, the Guyanese public is now excited about these revelations, believing them to be major developments. However, these works will not actually start within three to five years, he opined.

Jagdeo noted that there is the very real possibility that the projects identified to undergo feasibility studies may very well not be feasible. “But you already talk as though it will be built,” he added.

Further commenting on the East Bank-East Coast linkage, he said that this bypass was estimated at US$50M and is now projected to cost US$120M; Government has revealed that it will approach bilateral partners to make this road a possibility. In other words, Jagdeo said, funding has not been secured.

“The visionary infrastructure, the transformative infrastructure, that he [Minister of Finance, Winston Jordan] spoke about for 25, 30 minutes in his budget presentation, it is all meaningless; it’s not going to happen,” Jagdeo emphasised. “This is called duping people, talking long, talking about the benefits of these things…and this is going to happen in the long-term; we are nowhere any closer. So a substantial part of the budget was falsehood.”

On Monday, Minister of Finance, Winston Jordan, presented the $300.7B 2019 National Budget under the theme, “Transforming the Economy, Empowering People, Building Sustainable Communities for the Good Life”. Soon afterwards, Jagdeo spoke with media operatives and heavily criticised the budget, calling it a “disappointment” and not representative of the needs of the people.