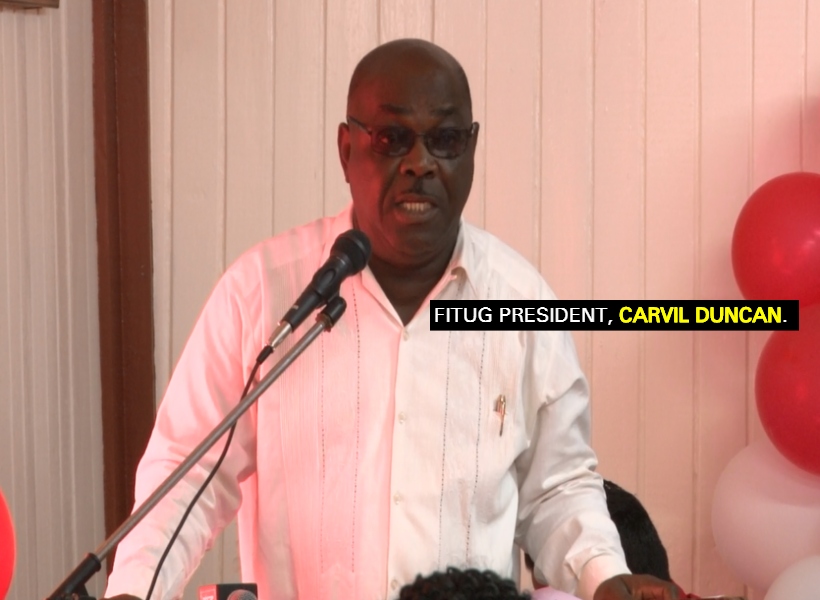 The Federation of Independent Trade Unions of Guyana (FITUG) is of the firm view that the 2019 budget does nothing to lessen the heavy burdens facing the working class.

In a statement to the press, the Union said it is most peeved to recognize that none of the rational suggestions it advanced during the Budget consultation process were taken on board. In addition to this, the Union said that the Budget is largely a rehash of what citizens saw before and, it appears, that the Government is numb to the realities facing the Guyanese people.

The FITUG said, “We had high expectations to learn about policies aimed at re-building our foreign reserves; reducing the Government’s Bank of Guyana overdraft; reducing inefficient and extravagant expenditure; improving our communities; meaningfully addressing the growing unemployment; assisting our elderly and vulnerable who are being crushed by the realities of life in Guyana, and to confront the spiraling criminality in our midst. Disappointingly and disturbingly, there seems to be no serious concern about these matters and the ‘tax, borrow and spend mentality’ is rigidly held on to though the shortcomings of that approach are visible for even the blind to see.”

The Union added, “Given the absence of really anything for the ordinary man, woman and child, FITUG is perplexed about where the large sum of $300.7B will really go. It seems to us, that a significant sum will be gobbled up by the bloated State bureaucracy; no doubt millions, if not billions, will be used to jet off to all corners of Guyana and the exotic locales of our globe, and quite possibly, an obscene sum will be channeled to pay the super-salaries and superior perks of our nation’s large pool of Ministers. While monies are going in this direction, a lot of people have really serious troubles to put meals on their tables; to send their children to school; to pay their bills; to have adequate shelter, among other things.”

For the FITUG, “Budget 2019 is a great disappointment filled with hollow rhetoric.”

The Union said it is clear that the promise of a ‘Good Life’ has lost all its luster and meaning.