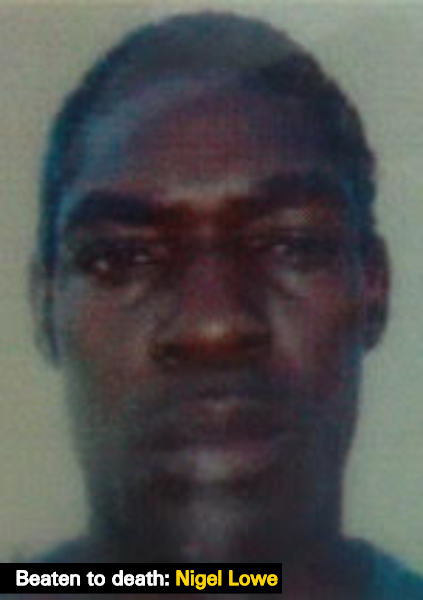 The inquest into the death of suspected thief, Nigel Lowe – who was beaten to death by a mob of about 20 men in 2013 – commenced this afternoon before Magistrate Alisha George at the Sparendaam Magistrate Court.

An inquest is a judicial inquiry in common law jurisdictions, particularly one held to determine the cause of a person’s death, and if anyone should be held criminally liable. Lowe, 40, a mason formerly of Joe Singh Drive Sophia, Georgetown died after he was allegedly beaten by a mob of about 20 men while tied to a utility pole. He died on May 08, 2013 at ‘B’ Field Sophia.

First to take the witness box was Michael Layne, a resident of ‘B’ Field Sophia, who told the court that on May 07, 2013 he was awakened by neighbours “hollering and screaming for thief.” He added that his now deceased father switched on the exterior lights to their home.

Layne told the court that he called his neighbour James Lindo via phone, and alerted him that a thief was around. He said he also called his other neighbor, Viola Chrisholm, whose daughter summoned police from the Turkeyen Police Station.

According to Layne, he went back to sleep and the following morning he saw a male tied up to a utility pole where a crowd had gathered. He said that he had never seen the man before, and could not recall what position he was in.

However, Layne said he recalled seeing stacks of wood piled up next to the man. He added that he saw what appeared to be blood on the man’s face.

The witness could not say what type of material was used to tie the man to the pole. A total of 12 witnesses, including three police ranks, are listed to testify in the continuing inquest proceeding.

Lowe, called ‘Harry’, was reportedly stripped naked and tied to a utility pole where he was beaten cruelly by the angry mob. He was left to die. His cause of death was given as shock and haemorrhage due to a fractured skull, inflicted with a blunt instrument.

There are reports that he was beaten after word circulated in the neighbourhood that he was in the habit of stealing from residents. There are no reports of anyone being charged in relation to the death of Lowe.