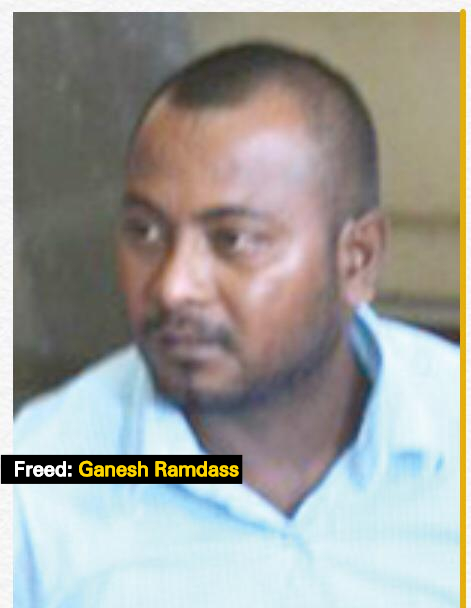 A truck driver who was charged last year for causing the deaths of two brothers in a crash at Friendship, East Bank Demerara, was this morning freed by a City Magistrate.

Ganesh Ramdass, 27, of Tuschen, East Bank Essequibo, was charged with the deaths of Jonnel and Phillip Armstrong.

It was alleged that on October 1, 2017, Ramdass drove motor lorry GNN 5355 in a manner dangerous to the public, thereby causing the deaths of the Armstrong siblings.

Ramdass had pleaded not guilty to the charges and was released on $200,000 bail on his first court appearance.
This morning when the matter was called in the courtroom of Magistrate Fabayo Azore, she told the court that the prosecution was unable to prove its case against the defendant.

The Magistrate cited insufficient evidence. Hence, she dismissed the charges against Ramdass and told him he was free to go.

She added that after going through the evidence she was left with no choice but to uphold the no case submission by the defendant’s lawyer, Paul Fung-a-Fat who had argued that the brothers were speeding at the time of the incident.
The lawyer pointed out that the driver of the RAV4 in which the brothears were travelling drove into the path of the truck his client was driving.

It was reported that the two brothers, formerly of Linden, were heading to Linden in their vehicle when they collided with the truck that was heading in the opposite direction.

It was reported that one of the brothers who was driving lost control of the RAV4, while he was negotiating a turn and ended up in the path of the truck. He was reportedly speeding.

While the driver of the truck managed to swerve, the Rav4 reportedly slammed into the side of his truck.
The injured brothers were rushed to the Diamond Diagnostic Centre where they were pronounced dead on arrival.