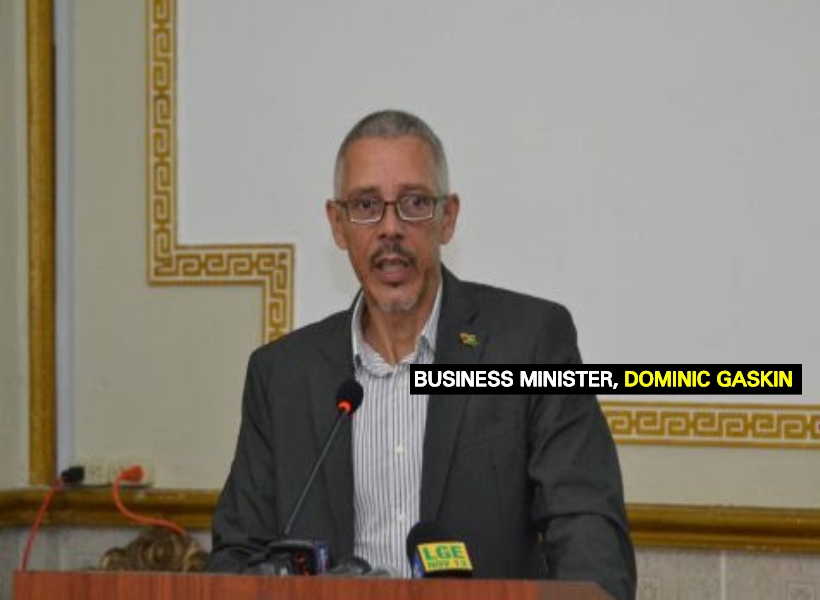 The Ministry of Business has budgeted some $100M to ensure that it fulfills the promise of implementing the Electronic Single Window system in the next four years.

According to Business Minister, Dominic Gaskin, the system is a trade facilitation initiative that is expected to drastically alter and improve the way in which import and export transactions are handled by allowing users to access an online portal, called the single window, and submit their information for processing.

During the 2019 budget debates yesterday, Gaskin explained that information is submitted once and is routed to all the relevant agencies for the necessary processing resulting in a significantly faster, more secure, less vulnerable to interference and more efficient transaction.

He noted that loan funding for the development of the Electronic Single Window System was recently approved by the Inter-American Development Bank. He said that the project is expected to cost US$6M.

Gaskin told Members of the National Assembly that preparatory work has been ongoing for some time now, with draft legislation already prepared and institutional arrangements established for the oversight of the project.

Gaskin said, “A National Steering Committee as well as a Cabinet Sub-Committee are in place and a Project Coordinator was hired as of November 15, last. Additionally, a few of the agencies that will be part of the Electronic Single Window recently participated in a study tour to Trinidad to have first-hand interaction with that country’s single window system.”

It was at this point that the Business Minister revealed that the sum of $100M has been allocated in Budget 2019 for this project and a number of technical areas are to be addressed over the next 12 months which will clear the way for the software and ICT infrastructure to be built and installed. This project is expected to conclude and be fully up and running in 2022.